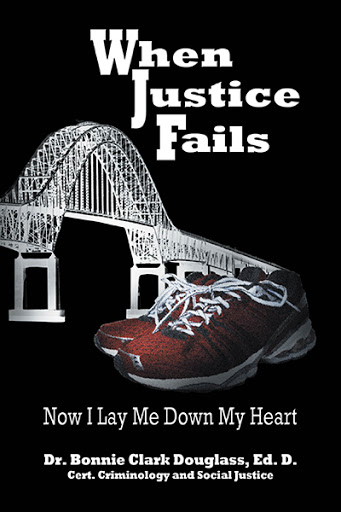 When Justice Fails
Now I Lay Me Down My Heart
by Dr. Bonnie Clark Douglass

In 1997, George Henderson, who was staying in a homeless shelter, asked for the help of author, Dr. Bonnie Clark Douglass. George’s brother Paul Henderson, who was nicknamed “Poncho”, was only 17 when he went missing on Halloween night. Poncho's lifeless body was found a couple of weeks later on Nov. 14th, 1981, at the end of the catwalk under the Centennial Bridge in Miramichi City. Poncho’s sneakers were found neatly placed, side by side, atop a pillar approximately 50 yards from the body; not one police report retrieved mentions this fact. George refused to “live with it”, after the family was told Poncho fell off the bridge, and that was not what the Pathologist’s report concluded.

“I’d say he was beaten. When a person falls, you expect to see trademark injuries, especially to the hands and face.” Sheriff Pollard said that if he did not know better, he would guess that someone put Poncho on a rack and stretched him. (Telegraph Journal, February 6, 1999, Calvin Pollard, with 25 years combined experience as a sheriff and coroner).

George and Dr. Bonnie dug up every piece of information they could find. This included old RCMP records retrieved from the New Brunswick Archives, and news articles from 1981. A comprehensive written report was submitted to the N.B. RCMP Major Crime Unit and, in 1999, the RCMP announced that the case was being opened.

After George’s violent death in 2007, Dr. Bonnie knew that one day she had to tell George’s story, because of his tenacity and courage in the face of a system that seemed dead against him. George remained the eye of the storm, no matter what he came up against. After starting a Facebook site, miraculously, 10 pages of tips came in. The truth about that fateful night and what happened on the catwalk began to unravel. Who would ever believe how the truth surfaced because of social media? A loyal group of people, who ravaged the storm and fought to honor George’s vow for justice, are revealed in the story. 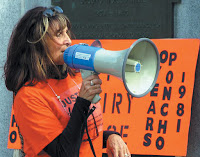 Dr. Bonnie Clark Douglass is a native of Fredericton, New Brunswick, Canada. “Dr. Bonnie” graduated from the University of New Brunswick with a Master’s degree in Education, and a Certificate in Criminology and Social Justice from St. Thomas University. Her Doctoral Degree was completed at Nova Southeastern University in Florida. She has spent over four decades serving her community and country with expertise in cardiology and criminology. Her achievements have resulted in provincial, national, and international presentations and recognition. Her ability to teach and speak for those without a voice, yet reaching all levels of society, is exemplified in What’s Next? A Search for Hope (2nd Edition). In this new book, When Justice Fails. Now I Lay Me down My Heart, Dr. Douglass continues to expose the journey she has chosen.