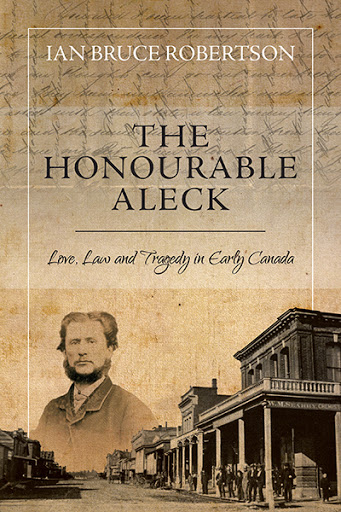 The Honourable Aleck is the true story of the life and times of Alexander Rocke Robertson and Margaret Bruce Eberts, Aleck’s beloved wife ‘Maggie’. Born and raised in Chatham, Upper Canada, ‘Aleck’ Robertson came to British Columbia in 1864 as a young lawyer, and became one of BC’s most eminent citizens. Well-known and highly respected in BC’s courtrooms, he was also Mayor of Victoria, a member of BC’s first provincial Cabinet, and BC’s first Canadian-born Supreme Court Judge, all before his untimely death at the age of 40. The combining of the colonies of Vancouver Island and British Columbia, and then confederation with Canada, give a dramatic backdrop to the story. Aleck’s passionate correspondence with Maggie throughout their lives, and their warm and loving family life with their many sons in early Victoria, show the human side of those turbulent times in early BC.

This totally engaging, true account of a wondrous love affair is also a rich history of life in gold rush British Columbia…Ian Robertson brings Alexander and Maggie Robertson, and the lions of the era –Amor de Cosmos, Joseph Trutch, George Walkem, and many others famous and obscure – back to life. His writing weaves the story of the Robertsons…through the main events of their era in a compelling narrative that I could not put down. 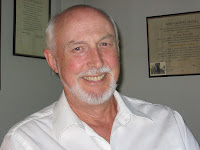 With a B.A. from McGill University and an M.B.A. from Harvard, Ian has been writing all his life – in business and government, and now as an author of historical creative non-fiction. His inspiration has been the substantial collection of family letters, diaries and documents that have told exciting stories dating from the early nineteenth century to 1950. From the chaotic politics surrounding the creation of British Columbia as a province of Canada (The Honourable Aleck) to the bloody battlefields of the Second World War (While Bullets Fly), his books bring human, passionate insights to historic times and events. Ian and his wife Bonnie grew up in British Columbia and lived in Toronto, Ottawa, West Vancouver, Boston, Philippines, India and Singapore before settling on Vancouver Island in 2003.