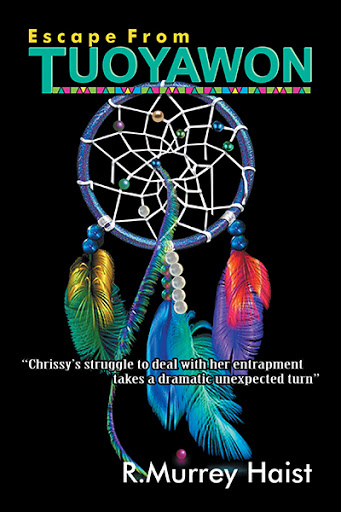 Chrissy’s struggle to deal with her entrapment takes a dramatic unexpected turn. “Escape From Tuoyawon" from author R. Murrey Haist is book two of a chilling mystery trilogy series following Chrissy, a girl whose life from childhood had always been full of friends, family, and accomplishment. She had recently graduated at the top of her accounting class and just started off on a promising career, until she became involved with Ryan. That smart, quiet boy next door, whose unexplainable aura of intrigue drew her into his devious trap. All was fine as his corporate accountant until she realized what he truly was, and how impossible it now seemed to escape his tangled web of lies and scams. Through Chrissy's bewildering experiences, readers will come face-to-face with the unmerited guilt and terror that comes from an unhealthy relationship with an unsavory character.

TUOYAWON,(book one) that town she landed in on her effort to escape what she though of as the crime scene, has now become an apparent trap she has been desperately trying to escape. She soon discovers that her past has shockingly followed her and along with new terrors she fears an on-the-run life may be what she is destine to live in forever.

Chrissy’s struggle to deal with her entrapment then takes a dramatic unexpected turn. 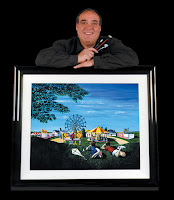 His award-winning work has gained him international recognition for his Paintings, Airbrushing, Photography, Pyrography. His Poetry has been published in books and magazines for many years.

His visual art has been featured on television shows and in art galleries and found homes in archives and museums. A very large group of corporate and private collectors proudly boast their permanent displays.

His work has spread throughout North America and Europe.

Escape From TUOYAWON will be available in the FriesenPress Bookstore soon.