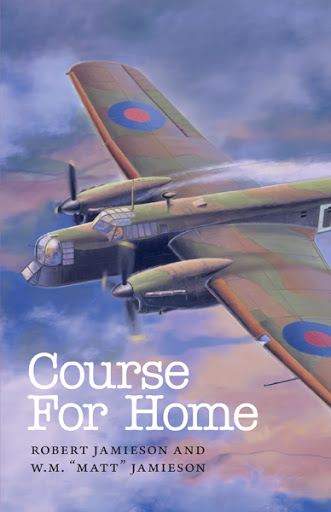 Course For Home
by Robert Jamieson and W.M. "Matt" Jamieson

The story looks into the hearts and minds of five young men on a bombing raid in the early part of World War 2 and it's outcome and effects. Started by a man who lived through it all and finished by his son after his father's untimely death, it is a testament to the bravery and frailities of the men involved. It is a story of fathers and sons, of duty and of courage and how men are products of their upbringing and time in history.

Set in England and Canada between the nineteen twenties and the early nineteen nineties it provides a vivid snapshot of the social and economic conditions of pre and post war England. 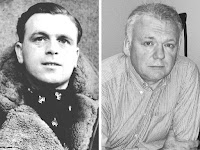 Flying Officer William Matthew Jamieson DFM,“Matt” to his family and friends and “Jammy Jimmy” to his Royal Air Force colleagues because he flew thirty missions in the Whitley and lived to tell the tale. He was awarded the DFM for bravery in the air and survived three crashes and numerous other harrowing experiences before earning a commission and moving to gunnery school as an instructor. After the war he became a teacher, writer and local historian. He also wrote “Saints and Their Symbols” and “Murders Myths and Monuments of North Staffordshire.” Born in Stockport, Cheshire, he was the fourth son of David and Annie Jamieson and passed away from cancer in nineteen ninety.

Robert Jamieson the second son of Matt, promised to finish and publish the manuscript started by his father because he thought his dad’s tale and that of the other brave young men of that campaign should be told. Robert was born in Stockport, Chesire, but currently lives in Toronto where he runs an engineering machinery business and writes mainly for business publications and pleasure.

“What was silent in the father speaks in the son”