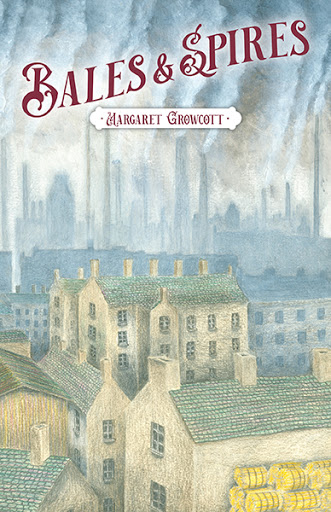 IN 19TH CENTURY ENGLAND, Jane Kershaw, at ten years old, works every morning in a Lancashire cotton mill, and then goes to school in the afternoons. She is the youngest of eight sisters who all work in the cotton industry.

Each sister has a tale of their own, with blazing ambition, disillusionment and thwarted love. Can they, and Jane, in particular, escape their humdrum existence and realize their dreams in this strict and harsh Victorian era?

MARGARET GROWCOTT has been a compulsive writer since high school when she won a prize for an essay. Born in England, she grew up in a small seaside town in Cheshire, and attended college in Liverpool.

Since coming to Canada, Margaret has regularly written stories and articles for magazines and newspapers. She now lives on Vancouver Island and this is her debut novel.