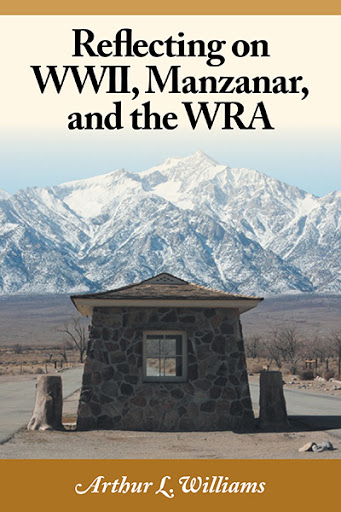 Reflecting on WWII, Manzanar, and the WRA
by Arthur L. Williams

Through autobiographical and historical information, Reflecting on WWII, Manzanar, and the WRA provides a broad overview of life in California both before and after the bombing of Pearl Harbor, leading to the creation of the Manzanar War Relocation Center, the first camp built for the incarceration of Japanese Americans during WWII. Although from outside its perimeter Manzanar camp resembled a military base, this book reveals it to have been more like a city, yet one its inhabitants were forcibly confined to. The War Relocation Authority hired over 200 employees to live within the same barbed-wire enclosure and tasked them with creating and running this complex facility. This book, told from the first-hand experiences of the teenage son of two WRA employees, focuses on the complexities of life within Manzanar camp as employees and internees learned to work together to build a city, complete with hospital, schools, churches, and manufacturing plants, out of an incarceration center. It was through daily, side by side contact that each grew to understand and respect the other. Never before has a book’s focus fallen upon the WRA employees and their families and the day to day struggles of operating the camp at Manzanar.

In REFLECTING ON WWII, MANZANAR, and the WRA, Art Williams has presented the reader with a view of WWII Manzanar history from a completely new perspective. As a Caucasian teenager living with his family in the Manzanar War Relocation Center, Williams has pulled from personal experience and exhaustive research to reveal in-depth the War Relocation Authority’s (WRA) challenges in providing for the needs of 10,000 Japanese Americans unjustly incarcerated at Manzanar during World War II. Complementing his story are discussions on the government’s role in their removal, and on Manzanar camp construction, as well as coverage of Owens Valley and WWII history and of the personal side of the men, women, and children who lived alongside the interned Japanese Americans. Anyone teaching west coast Asian studies should have a copy of this book in their library. 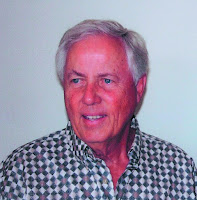 After the bombing of Pearl Harbor, Arthur L. Williams moved with his family to Manzanar, a facility built for the relocation of Japanese Americans during WWII. His parents both worked for the War Relocation Authority, the body in charge of running the camp. Like the Japanese-American children interned there, he was uprooted from a life he loved—one characterized by daily trips to the beach and the freedom to explore beautiful, coastal, Southern California. He was abruptly torn from this idyllic life for one inside Manzanar’s barbed wire fence in the unforgiving Owens Valley. He slowly and painfully made the adjustment to living in this new place and developed lifelong friendships.

Art left the camp in the final days of its existence, served in the navy and eventually became an exploration/production manager for Getty Oil Co. He lived in Peru, Kuwait, and England, visiting over fifty countries during his career. Throughout this time, Manzanar was but a distant memory.

In 1994, Williams was introduced to the National Park Service at Manzanar, and a lasting relationship developed. He has since devoted thousands of hours to studying and preserving the histories of Manzanar’s WRA staff and their families, and to writing this book.