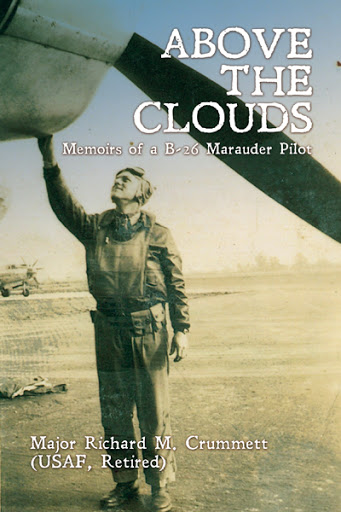 Above the Clouds
Memoirs of a B-26 Marauder Pilot
by Major Richard M. Crummett (USAF, Retired)

From disarming a live grenade to making two deadstick landings, Major Crummett’s adventures speak for themselves. From the fruit of a meticulous diary, the story unfolds in Crummett’s own voice with humility and wit. Through the eyes of this Maine farmboy, his love affair with “The Widowmaker” brings the aviation battles of WWII to life for the reader. Ride along in the cockpit as flak bursts around you and anti-aircraft guns boom from below. A skilled storyteller, “Iron Man” Crummett tells it in such great detail, even Air Force historians will be impressed. 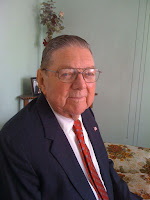 Major Richard M. Crummett (USAF, Retired) was born May 25, 1922 in Clinton, Maine. From a one-room schoolhouse, he attended Colby College in preparation for joining the Army Air Corps in August, 1942. During WWII, he served two tours of duty in the European Theatre of Operations. He flew 91 combat missions in the B-26 Marauder medium bomber, which he affectionately called, “the big hairy bird.” A lifelong Mason, Major Crummett is also a life member of the B-26 Historical Society. He currently lives in Reading, Pennsylvania with his wife, Jane.