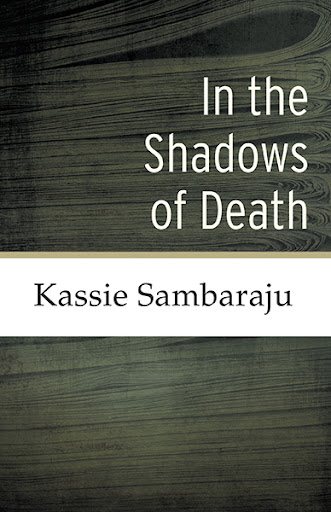 In the Shadows of Death
by Kassie Sambaraju

What would you do if you had an appointment with death? This philosophical novella follows an unnamed protagonist who makes an appointment with Death—personified as a hipster living in an apartment in West Vancouver—and the weeks that follow as she awaits their next meeting, which she knows will be their last.

A woman in her mid-sixties, this unnamed “I” has spent her life running from the trauma of her childhood in India. Her father abandoned her mother, who was forced into a second marriage with a man who made her life miserable. As she awaits her turn to get answers from Death, the protagonist flies to Italy, recreating her last vacation with her deceased partner, Joe. Through stream-of-consciousness prose, the author guides the reader through the protagonist’s last days, as she grapples with existential questions that are at once personal and universal.

Following in the footsteps of Paulo Coelho’s The Alchemist, this inspirational new work deftly combines existential absurdism, philosophy, and spirituality, encouraging readers to reframe their thinking about life and death.

Kassie Sambaraju started writing to express herself as an activist and problem-solver. A lover of metaphysics and philosophy, she has sought from a young age to understand pain and suffering through the spiritual guidance of a diverse array of religious and academic texts. She enjoys art, culture, cycling, yoga, and spending time outdoors. Kassie lives in Vancouver, BC. In the Shadows of Death is her first book.