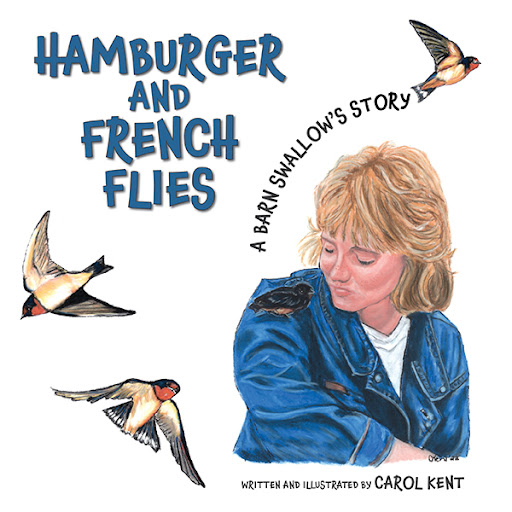 Hamburger and French Flies: A Barn Swallow’s Story is the incredible true story of a barn swallow who survived against harrowing odds. Knocked from its nest when only days old, Raven was taken in by a student named Carol, who was spending her summer banding sandpipers in Dorchester Cape, New Brunswick with the Canadian Wildlife Service. Too small to be separated from his parents and with barely any feathers yet to keep him warm, Carol and her mother nursed Raven to full and exceptional health.

With Raven’s best interest at heart, unbeknownst to the little swallow, Carol imparted him with survival habits. She encouraged him to fly and taught him where to uncover bugs when food was sparse. And when the time came, while it broke her heart to do so, Carol sent Raven to be with his own kind. Confused but with a new feeling stirring inside him, Raven obeyed and travelled south to survive the harsh Canadian winter.

Follow Raven’s journey in Hamburger and French Flies: A Barn Swallow’s Story to learn the remarkable tale of familial bonds and natural instinct—how there is reunion and forgiveness even in distance and time apart. And how most of all, there is new life on the other side. 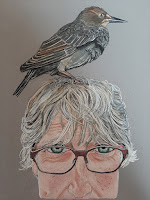 Carol Kent makes her authorial debut with Hamburger and French Flies: A Barn Swallow’s Story, sharing with readers an experience that has stayed with her for the last thirty years. In the early 1990s, while Carol was working in Dorchester Cape, New Brunswick with the Canadian Wildlife Service, she met Raven. What followed exemplifies the intelligence and connection of the barn swallow, as well as the delicate and capable condition of the human spirit.

Carol lives in Bloomfield, New Brunswick with her husband, three children, cat, and three dogs. With a Bachelor of Arts degree from Mount Allison University, she continues her work with wildlife, only now through artistry and portraiture. To follow Carol’s work, check out her website at www.carolkent.ca

Now an endangered species, see the resources at the end of the book to learn how you can do your part to help save the remarkable little birds that are the barn swallows.

Hamburger and French Flies: A Barn Swallow’s Story is the first in a series of tales involving Raven as he brings awareness to Canada’s endangered and at risk wildlife. Join Raven and his friends on their next adventure, Raven’s Right Whale Rescue, coming soon!