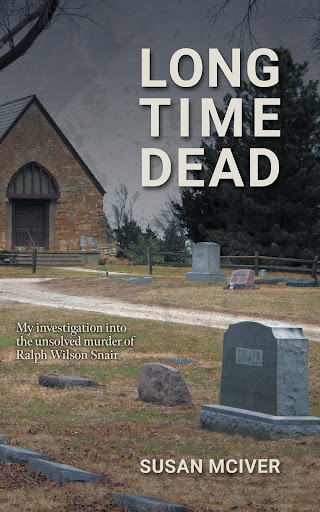 How did a conservative, simple-living, retired church custodian come to die from a gunshot wound to the head? Was it murder or suicide?

On April 19, 1957, Ralph Wilson Snair was found dead in a rented vehicle at the side of Highway 50, two miles east of the small town of Walton, Kansas. On Ralph’s lap lay an untraceable revolver, wiped clean of fingerprints, his hat sat backwards on his head, and all his pockets were turned out. Could he have been murdered? But if so, who killed Ralph and why?

Ralph’s great niece Susan McIver, an award-winning scientist and writer and a former coroner, investigates the mystery around his unsolved death six decades later. Combing through old postcards, newspaper clippings, notes, and police and autopsy reports for any clues as to what might’ve happened and why, Susan reveals an intriguing story—one of secrecy, stigma, and the pressure to conform.

While untangling the mystery of her great uncle’s death, in Long Time Dead, Susan McIver masterfully combines an in depth look at police procedure in criminal investigations and cold cases with changes in societal and medical attitudes over the past 150 years. 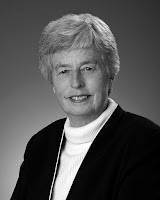 Susan McIver was born in Hutchinson, Kansas and moved with her family to Southern California as a small child. After graduating from the University of California at Riverside, she earned a PhD at Washington State University. She was a professor at the University of Toronto with appointments to the Faculty of Medicine and a department chair at the University of Guelph. Subsequently, she served as a community coroner in British Columbia. Susan is the author of hundreds of scientific publications and articles for the popular press. She has also written two books on patient safety—Medical Nightmares: The Human Face of Errors and with Robin Wyndham of After the Error: Speaking Out About Patient Safety, which won a gold medal in health and medicine presented by the Independent Publisher Book Awards.

The unsolved murder of her great uncle Ralph Snair has been a continuing mystery throughout her adult life.