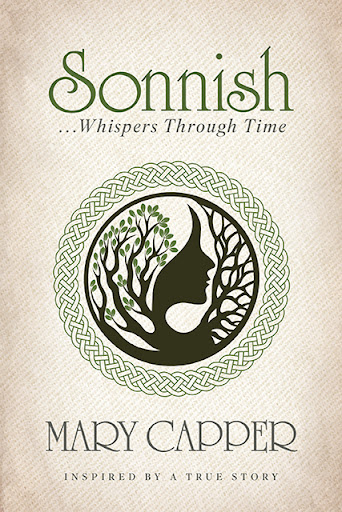 Sitting beneath a willow tree, Beth is visited by the otherworldly essence of her maternal grandmother, Milly, a woman she had neither liked nor considered in many years. The visitation triggers a journey of research into a life she had not understood and into the ethereal connection of the women in her bloodline who hail from the Isle of Man. While the mystic nature of the Celtic culture and the ancient Manx language play an important role in Milly’s story, it is the old battle-axe herself who weaves together the fragments of Beth’s research into a tale of adventure, hardship, love, and loss.

Milly begins her story at the onset of the Great War when she leaves a life of privilege in search of adventure in war torn France. During four harrowing years as an ambulance driver at the Western Front, Milly learns the importance of service, the value of friendship, and the fragility of life and love. She introduces us to many brave and fascinating women, including Emily, the lifelong friend who plays an integral role in all aspects of Milly’s life. The experiences and the formidable relationships forged during those traumatic years follow Milly into civilian life and shape her story.

Although courageous in the face of adversity, Milly realizes too late that her actions were most often driven by fear - fear of the mundane, fear of being alone and ultimately, the fear of being forgotten. It is the latter that sends Milly’s spirit in search of Beth.

Mary Capper is a retired administrator living in Carleton Place, Ontario, just outside Ottawa. She is a history buff and self described sleuth, particularly when researching the hidden truths behind her own ancestry and genealogy. While doing that research, a picture emerged of a strong, courageous, and resilient woman who did not resemble the grandmother she knew as a child. Sadly, Capper only remembers the broken version of this incredible woman: a miserable old curmudgeon who was often referred to as “the old battle-axe” and for good reason. Piecing together her story became a labour of love for Capper who was inspired to write Sonnish…whispers through time to commemorate the grandmother she came to know and appreciate. She hopes to encourage dialogue between generations to preserve stories and familial histories.

Ms Capper shares a great number of similarities with her grandmother, she is a wife, mother and grandmother, an accomplished singer and is proud to have served in the Canadian Armed Forces.