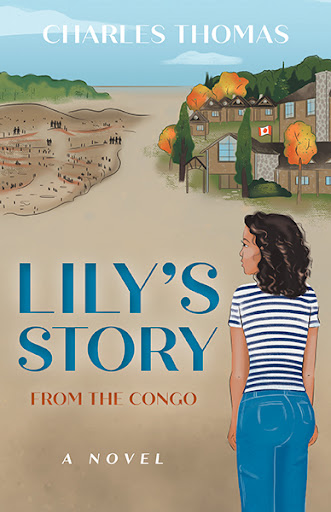 "...Lily’s Story is a novel in which a young woman investigates her father’s death, hoping to secure justice for her family. Lily’s search is complemented by a rich overview of the history of the Democratic Republic of the Congo, from its days under Belgian colonization through to its independence. Lily is rendered an embodiment of that history, and her assertion of her mixed identity is palpable throughout the story."

"Lily's Story weaves another skillfully crafted tale of filial devotion, unabashed healthy romantic love, business intrigues and manipulation, and crushed but not destroyed youthful idealism. Its fast-paced meta-narrative takes one into the enclaves of the elite and the not-so-elite denizens of the Dominican Republic of Congo and its erstwhile colonizer (Belgium) and the vibrant bilingual city of Montreal.

Truly, Thomas is Canada's new sprig in tis cluster of talented writers. He is radical, bold in writing how the Family of Man, in our current period in history, is taking baby-steps to rectify inequality in the realm of race, gender, employment, and leadership.

My choice for a gripping summer read."

"Lily’s Story takes place primarily in western Africa and the Canadian city of Montreal. The history and culture of the Democratic Republic of the Congo from its days of colonization and independence inform the activities of the mining business and the character development of individuals within this story. Lily sets out, through journalism, to uncover what was behind her father’s sudden death and in doing so unearths unjust conditions within the mining industry finding herself and those around her immersed in manipulation and danger. Through Lily’s story, the author presents an interesting read bringing awareness to injustices, corruption and exploitation that exist in the world."