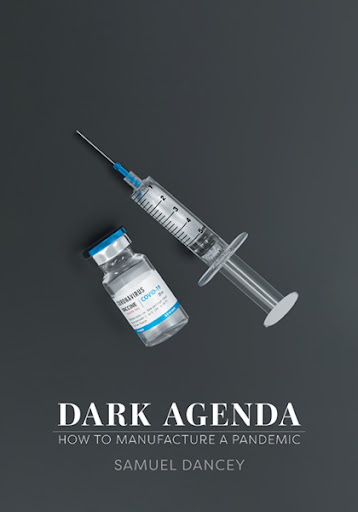 Pandemic, COVID-19, antivaxxer, vaccinations, COVID conspiracy, The other side of COVID, Government and health

Dark Agenda
How to Manufacture a Pandemic
by Samuel Dancey

What is the purpose of the medical industry? Is the health of the people really its goal?

Medicine has become a sacred topic, unchallenged and undiscussed. But now, more than ever, it needs to be examined more closely. Samuel Dancey argues that the biggest truth in medicine is not about your health, but about making the most money. From Dancey’s point of view, the COVID-19 pandemic lays bare this truth. The powers that be went to great effort and expense to ensure that only their side of the narrative was ever given to the public. What were they hiding?

Citing a variety of sources that are not widely known by the public, Dancey gives a perspective very different from the one seen on the six o’clock news: the COVID pandemic was the world’s biggest medical hoax. Dark Agenda looks at the different aspects of pandemic response around the world to support this claim, contending that thousands of doctors and researchers were bullied and threatened with the loss of their medical licenses if they spoke against the mainstream story. Dancey argues that tactics of fear and isolation were used to coerce the public into unreasonable restrictions, such as masking and social distancing, and eventually people were forced to get a vaccine that was eventually proven to be unsafe and ineffective.

Why all this political interference and scientific manipulation? The answer, says Dancey, is profit. Imagine a medicine that must be taken by every single individual on the planet: seven billion people getting a vaccination three, four, or even five times. That translates to a lot of money enough to stage a pandemic, for starters. The mishandling of the COVID-19 outbreak and the experimental vaccine have caused far more deaths and other problems than the coronavirus itself. These will remain with us for years to come.

Samuel Dancey has studied this book’s subject matter for years. He has a degree in Chinese medicine and has experience applying alternative medicines. He lives in Ottawa with his seven cats.