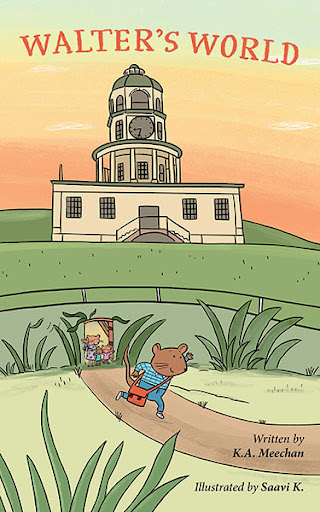 Walter is a rat of the Norway Clan, with an ancient lineage going back millions of years and across continents. When his clan settled in Halifax, Nova Scotia, hundreds of years ago, they quickly made it their home, with their burrows and lifestyle changing—evolving—right along with the city itself. With his own family of ten pups and his mate, Poppy, Walter lives beneath the historic Old Town Clock, and ventures out each night to provide them with whatever food he can scrounge up in the areas around the Harbourfront and the Public Gardens.

Providing for his family is his number-one priority, which means taking care of his own safety as well as theirs. After all, if something were to happen to him, who would take care of his pups and his mate? Perhaps that’s why he’s let himself get so comfortable in the familiar area surrounding the Old Town Clock, playing it safe rather than venturing any further, looking for adventure or greener pastures. But when his cousin Ralph shows up, boasting of an endless bounty of food and opportunity to be found a little further afield—for those brave enough to go and get it—Walter starts to question his choices and what is truly best for his family.

In spite of the inherent dangers, including the rumoured re-emergence of the Eurasian Clan—a long-time violent nemesis of the Norway Clan—Walter gives in to the urge to explore with his cousin, seeking adventure and new possibilities for himself and his family. But when his mate wants to get in on the fun, the danger starts to feel very real indeed.

A highly entertaining, adventurous story about inclusion, empowerment, and respect, as well as the value of family and diversity, this is the perfect chapter book for young readers, age 7 to 14. 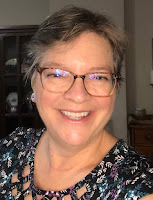 With a master’s degree in Psychology from Acadia University, K.A. Meechan has held various positions over her thirty-five-year career, the majority of which involved working with children, youth and families. Never one to sit still, even in retirement, she has kept busy with photography (and marketing her work), acting, and performing with Harmony, Inc., a women’s singing organization, while also serving on its International Board of Directors.

K.A. Meechan started writing poetry and stories when she was eight years old. In 2018, one of her poems was selected for inclusion in the Open Heart Forgery 10th Anniversary Anthology, published in 2020. She currently lives in Halifax, Nova Scotia, where she enjoys walking on many beaches, metal detecting, searching for treasure, and spending time with her partner.