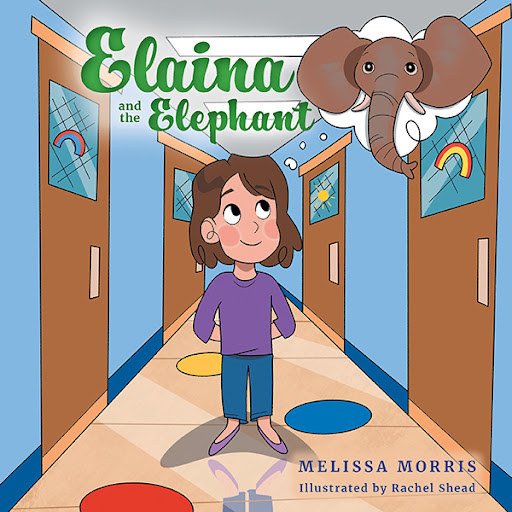 Elaina and the Elephant
by Melissa Morris

When Elaina has to spend Christmas in the hospital, she only has one wish—for an elephant to be her friend. She’s convinced that an elephant will help her face what’s in store, and the big scary future. But when she tells her mother about her special wish, her mother says there’s no way they can get an elephant! What would they feed it? Where would it sleep?

Elaina fears that by asking for the impossible, she’ll end up not getting anything for Christmas at all. But when Christmas comes around, Elaina learns that sometimes what you get isn't what you want … but is instead exactly what you need.

Elaina and the Elephant is a touching story about hope, joy, and the way we find happiness when life is at its worst.

"This book instantly takes you into Elaina’s life, and you can feel the love and happiness that surround her. Even when times get hard, Elaina knows her family is there for her, no matter what.

A story for young and older children alike, Elaina and the Elephant will have you turning the pages with anticipation and a smile. I mean really, who doesn’t want their own elephant?"

"This is one of the most heart warming I've ever read! I felt as if I was sitting beside Elaina and feeling the emotions right alongside her."

Melissa Morris has always dreamt of writing for children. She was inspired to tell her story based on her real-life experience of childhood illness—and the elephant who got her through it. Elaina and the Elephant is the first book in the series Adventures with Elaina and George.

Morris lives in Bedford, Nova Scotia, with her cat Kallie.