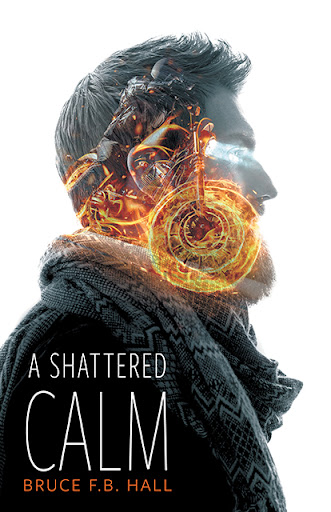 When love steers Nate Vickers down a dangerous path, he quickly learns the error of his ways. As an ill-conceived heist goes sideways, and he is violently parted from the woman with whom he’d hoped to share his new found wealth, his anger grows at the realization of how utterly her influence had derailed his existence. Nate is forced to run for his life, take on a new identity, and carve out an existence for himself that will allow him to come terms with his own guilt and regret.

Finally settling down on a sailboat in a small seaside town in British Columbia and doing everything he can to make amends for his past misdeeds, he thinks he’s found the peace he’d feared would forever be denied to him. But new beginnings are never easy, especially for someone being sought by a violent gang, the mob whose money the gang lost, and the police who consider him to be a “person of interest” in both the robbery and a recent murder … not to mention a few other players he doesn’t know even exist.

Author Bruce F.B. Hall, having fulfilled his ambition of success in the business world, retired early to become an avid world traveler, sailor, and storyteller, with his writing informed by his wide range of life experiences. With a travel blog entitled, “Travelling the Hallway” that detailed a three-month exploration of North America, a short fantasy story along with a detailed journal based on his travels in Japan, he fully realized his love for bringing fascinating people and places to life and decided to pursue writing more seriously. With his first novel now completed, he is hard at work bringing his next novel to life.

Bruce splits his time equally between Kelowna B.C. and Scottsdale, Arizona, with his wife, Vicky, who he has been married to for forty-three years. They are blessed with two wonderful children and an amazing grandchild, all of whom live in Vancouver, B.C.