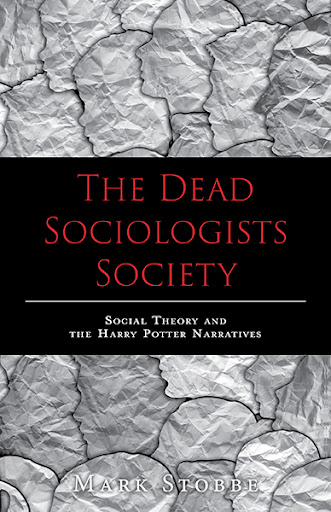 In The Dead Sociologists Society, Mark Stobbe manages to attend a meeting of the Dead Sociologists Society where he learns that the magical struggle between Harry Potter and Lord Voldemort really happened. The Harry Potter series was implanted in the mind of J.K. Rowling in order to disguise the turbulent events as fiction. What follows is a brilliant imagining of what the ghosts of famous dead sociologists would make of the elaborate magical world. From the perspective of thinkers, such as Max Weber, Karl Marx, Georg Simmel, Pitirim Sorokin, W.E.B. DuBois, and Emile Durkheim, Stobbe examines questions such as:

• Were the secret societies of the Order of the Phoenix and the Death Eaters really that different?

• Why was Hermione Granger's attempt to free house-elves from slavery so unsuccessful?

• How was stigma handled in the magical world?

In addition to chapters written from the perspective of one sociologist, the book contains two panel discussions. In the first, Karl Marx and Max Weber debate the reasons for the technological backwardness of the magical world. In the second, six famous dead criminologists give different explanations for why Tom Riddle became the notorious Lord Voldemort.

The Dead Sociologists Society is an entertaining compendium of sociological analyses of the Harry Potter series. Perhaps more importantly, this book offers a serious and insightful journey through classical sociological thought. It is an ideal text for high school and university sociology students.

Mark Stobbe has a doctorate degree from the University of Saskatchewan, and has taught sociology courses at the University of Saskatchewan, Keyano College, and Okanagan College. Stobbe is the author of previous non-fiction books, including Devine Rule in Saskatchewan: A Decade of Hope and Hardship (with Lesley Biggs), Lessons from Remand, and The "Mr. Big" Sting: The Cases, the Killers, the Controversial Confessions. He enthusiastically read the Harry Potter series to his two sons when they were young, and often draws on the magical world created by J.K. Rowling as an entertaining way to illustrate the applicability of sociological theories. He lives in Regina with his wife Marilyn.