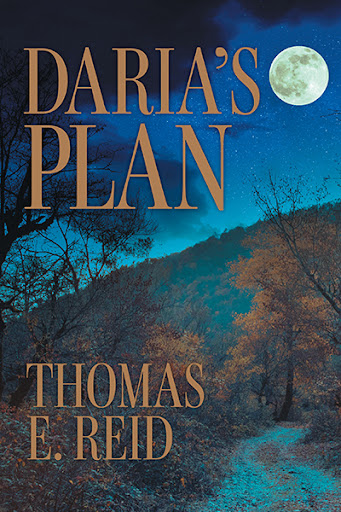 Daria is a wife. A mother. A petty criminal.

And a victim of abuse. After suffering years of mistreatment at the hands of her partner, Ray, she decides it’s time to make her escape. While Ray is on a boys’ trip to Las Vegas, she packs up her belongings and her son and leaves the USA for a fresh start in Canada.

When she arrives, she uses her powers of manipulation and her feminine wiles to secure a job in the Canadian government. She also begins to dabble in moonshining, blackmail, and espionage for a shady Cuban crime group.

For a while, it seems like she has everything under control—until one of her colleagues catches on to her tricks, seemingly hell-bent on putting a stop to her illegal activities. And then there’s that black, unmarked car following her around everywhere she goes . . .

Will Daria be defeated by the forces acting against her? Or will she use her skills in deception to rise above?

"...Daria’s inventiveness is entertaining, and readers will become quickly invested in her plight."

"In the domestic thriller Daria’s Plan, a determined mother dodges a criminal organization and the Canadian authorities in order to protect her son."

Thomas E. Reid is an electrical technologist and accomplished technical writer with more than twenty years of experience in producing military-style technical documents. Inspired by his own life experiences and events relayed to him by friends and colleagues, he eventually decided to turn his skill toward fiction-writing. He creates exciting tales of espionage, subterfuge, and adventure.

Thomas is a father of two and lives in Ottawa. Daria’s Plan is his first novel.