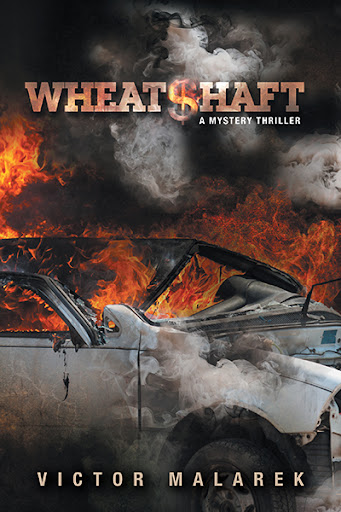 For almost a decade, Matt Kozar had been coasting as a general reporter with the New York Tribune … longing but never managing to break the big story … until now.

While on a routine assignment in Central Park, the launch of Feed the Starving – a glitzy, high-powered campaign to raise awareness of a devastating famine plaguing the Horn of Africa, Kozar soon becomes entangled in a web of incredible greed and corruption, and a devious plot to defraud the U.S. government of hundreds of millions of dollars in food aid destined for millions of starving children, women and men.

In this fast-paced, hard-hitting political thriller, Kozar flies to Eritrea where he witnesses blatant corruption in the distribution of international food aid. But there is something far more sinister going on, and as he continues to dig, he quickly finds himself pitted against a rogue’s gallery of extremely dangerous characters: a powerful evangelical minister, a repugnant US Republican senator, the unscrupulous head of the UN International Food Fund and a pair of ruthless Russian oligarchs – who will stop at nothing, including murder, to keep their illegal enterprise from being exposed. 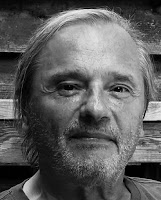 Victor Malarek is known to most Canadians as a tough, hard-hitting investigative journalist who is willing to delve into the stories revealing the worst side of human nature.

Often described as a tough crusading reporter, Malarek began his career in journalism in 1970 as a crime reporter at The Montreal Star.

In 1976, he was hired by The Globe and Mail, Canada’s National Newspaper where his work garnered an unprecedented three Michener Awards for meritorious public service journalism.

In 1990, Malarek was recruited by CBC to co-host its current affairs show: the fifth estate, where he was awarded a Gemini in 1997 as Canada’s top broadcast journalist, and a fourth Michener Award in 2000. A decade later, he joined CTV’s W5 at its senior investigative reporter where his documentaries won four Canadian Screen Awards. He retired in 2017.

In his 27 years in television, he has worked on more than 325 investigative documentaries. Malarek has reported from across Canada, the United States, Australia, and the European Union, as well as Ukraine, Afghanistan, Iran, Kurdistan, Ethiopia, Somalia, South-East Asia, and Central and South America.

Malarek is the author of six non-fiction books including his internationally acclaimed The Natashas: Inside the Global Sex trade, which has been published in 2003 in a dozen countries and 10 languages, and: The Johns: Sex for Sale and the Men Who Buy It; released in Canada, the U.S. and the UK in 2009.

His first book: “Hey … Malarek!” hit the bookstores in 1984. It documents his troubled and tumultuous childhood and teenage years. In 1989, it was made into a feature movie simply titled: Malarek.

A second feature movie: Target Number One, starring Josh Hartnett in the role of Malarek, was released in July 2020 in Canada, the US, Britain and France.

In 2014, Malarek decided to go independent, publishing his first fiction, Orphanage 41 with FriesenPress.