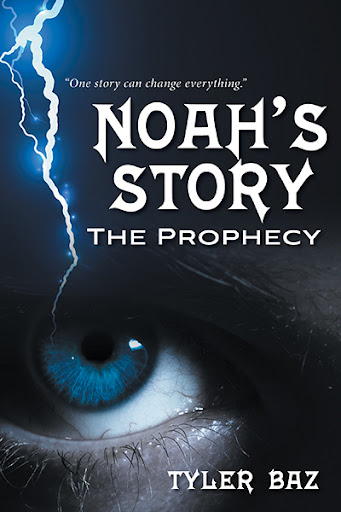 These are the elements ruled by eight Saviors, each uniquely equipped to fight The Darkness that threatens to destroy the realms. These Saviors are born and immediately separated. They are the nation’s only hope.

Noah lives in the Realm with No Magic, unaware that the life he leads is a lie. When he discovers that he is really a prince and reunites with his true family, he loses control of his magic, his friend is placed under a sleeping curse, more secrets rise to the surface, and he is banished.

Can Noah find a way to wake his true love, get his magic under control, and get back to his family before The Darkness comes? Or will evil claim the kingdom as his own?

One story can change everything

Tyler Baz knows what it means to never give up. He began his writing career over three years ago by writing fanfiction of the TV series Once Upon a Time (now published on Wattpad). After gaining experience, Tyler decided to revamp everything to bring the story he loved to the world as a unique novel under his own name. He hopes his story will encourage others to have hope, no matter what they’re going through. The Prophecy is his debut novel in the publishing world and his new book series, Noah's Story.

Tyler lives in Collingwood, Ontario, with his mom, brother, sister, dog, and cat.