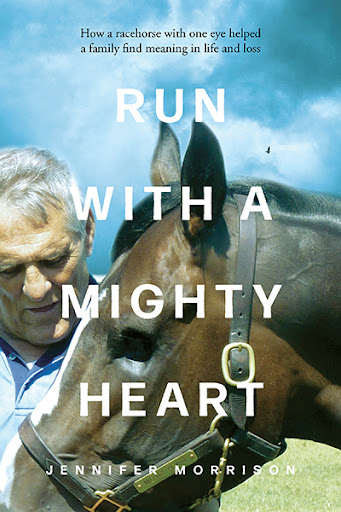 With the right team, miracles can happen. Even during a global pandemic. Welcome to the story of Mighty Heart, a one-eyed bay colt who captured the attention of horse racing fans all over the world when he won the 2020 Queen’s Plate, Canada’s iconic Thoroughbred race, at Woodbine racetrack.

Larry was always smitten with horses and racing, and became an owner when his late wife gave him a birthday gift of a racehorse. A leader in the heavy machine industry in Ontario, Larry’s love for horses became a warm and fulfilling family affair as his wife and daughters joined him in his fabulous obsessions.

But the tight-knit group was rocked by the deaths of three family members that forever changed their perspectives on life and Larry, crestfallen, stepped away from his passion.

Nine years later, he returned with renewed love for horse racing, and an idea to breed his own horse with the help of some of the finest minds in Ontario’s Thoroughbred industry. It is a heartwarming, comeback story—all because of a little horse that could.

Run With a Mighty Heart is a refreshing, joyful read that is full of hope and wonder—showcasing that it truly takes a team to overcome the hurdles that we face in life. We are left cheering at the end. 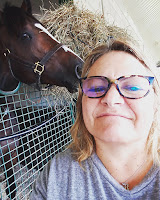 Jennifer Morrison is an elite storyteller who has covered horse racing for almost four decades, writing for some of the country's most esteemed publications. Her work has appeared in the Globe and Mail and the Toronto Star, among other places, and has earned her three Sovereign Awards, given out by the Jockey Club of Canada to recognize excellence in horse racing journalism. Jennifer’s deep love and passion for horses has allowed her to form relationships and tell stories that would be beyond most writers.

Inspired by the journey of Mighty Heart, Jennifer took pen to paper to tell the world of this incredible yet improbable story of a one-eyed horse and his human family.