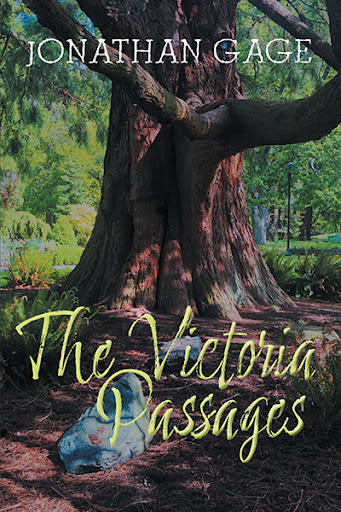 The Victoria Passages
by Jonathan Gage

When twelve year old Blake wakes up one morning alone and finds he has some free time he decides to head over to Beacon Hill Park and find new hiding spots for a game of Devil’s Run. He hadn’t counted on finding the best hiding spot ever, a magical passageway from Victoria to the Faerie land of Ovia. In Ovia Blake meets a strong willed elfin princess who finds herself the target of goblin kidnappers. Ovia is a beautiful forested land with gnomes, elves, dwarves, goblins and other folk and creatures that Blake has never met; he is thrilled to have discovered it.

However the next time he crosses into Ovia, Blake is unknowingly followed by his younger brothers, Brecon and Y, who run into serious danger. Of course if Blake and his brothers can go from Victoria to Ovia then the opposite is also true. Goblins in Victoria! What next?

The three brothers are faced with many challenges as they return to Ovia at different times in their lives. Ovia is a beautiful land but has its own problems like slavery and prejudice. The boys find themselves in great danger and have to work together (not their strong point) to help themselves and others they care about. They are surprised to find their grandmother and great aunt unexpected allies with their own secrets and histories.

Jonathan Gage lives in Victoria, Canada. He has been a teacher, counsellor, and coach for over 36 years. His love of family and desire to write a middle-grade novel about characters overcoming prejudice inspired him to write The Victoria Passages. Gage is the father of three boys, and grandfather to six granddaughters and three grandsons, most of whom live in the Victoria area.