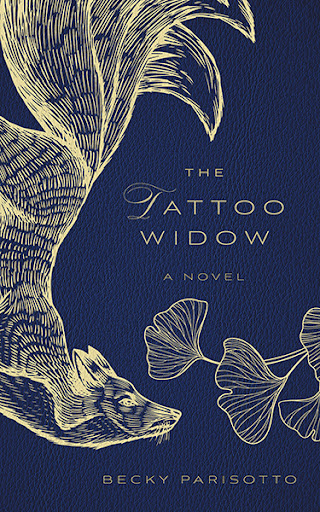 The Tattoo Widow
by Becky Parisotto

“It’s like you have a secret when you have a tattoo; you get to capture its power, house it privately, and release it only when you want to. When you need to. In the time it takes you to complete a big piece, you mature, you change, you age. You grow.”

There’s an intoxication to both ends of the needle; a tattoo goes deeper than the skin. Every tattoo Annalise collects tells a story; stories of love, loss, adventure, and a life reclaimed.

Annalise and Dylan have a complicated relationship. Obsessed with his craft, Dylan is a tattoo artist whose entire identity and sense of self-worth has been overtaken by his profession. Dylan is temperamental and volatile, and Annalise finds herself constantly in his shadow while supporting him at great cost to herself. When Dylan commits suicide, Annalise finds that she is at a crossroads. So much of her life had been consumed by Dylan; who is she without him? Guided by the bittersweet dregs of her grandmother’s memory and followed by Dylan’s ghost, Annalise sets out on a journey of self-discovery. Her body is a blank canvas, and tattoos are the art form through which she processes, negotiates, and overcomes her past. A powerful literary novel about tragedy, loss, love and the reclamation of the self in light of interpersonal trauma. 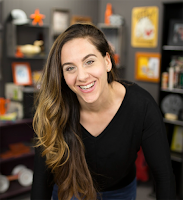 Becky Parisotto is a tech executive by day, and a tattooer's wife and author of the new novel The Tattoo Widow, by night. Becky earned her Bachelor's of Creative & Critical Studies from the University of British Columbia, majoring in Fine Arts. She lives in Kelowna, BC, Canada with her husband, and their German Shepard, named Doug. She doesn't have any tattoos.

Connect with her online at thetattoowidow.com