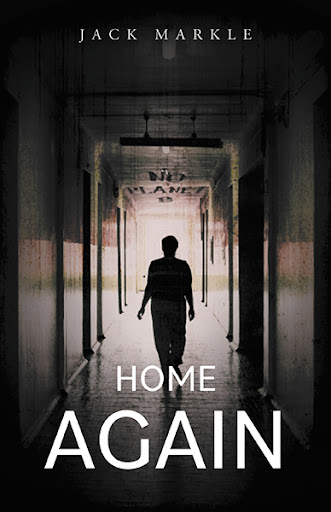 It’s love at first sight for Jon and Jillian, who meet in a fitness class and instantly hit it off. Jillian may not be accepted by Jon’s mother, but the pair agree to put their relationship first . . . until the FBI send him into a Witness Protection program that requires him to leave Jillian behind.

Fatima grew up in war-torn Syria, having lost both of her parents and sister to tragedy. Every time she rebuilds her family, more tragedy strikes, leading her to wonder if she is cursed by Allah. At last, when she has lost everyone dear to her, she decides to take matters into her own hands. She couldn’t protect her family, but maybe she can save the world.

As Fatima grows more desperate, Jon and Jillian must find a way to carry on without one another. Their stories intertwine as the conflict comes to a head with the fate of the world as we know it resting in the balance.

Jack Markle grew up on a small Manitoba farm. His interest in the environment came early in life as he wandered around the marshlands owned by his parents which sparked a passion for nature and inspired him to obtain a degree in environmental studies later in life. His educational background and love for the outdoors motivated him to do his own research on the subject, which in turn led to the story you hold in your hands today.

Jack continues to live in Manitoba. Home Again is his first novel.