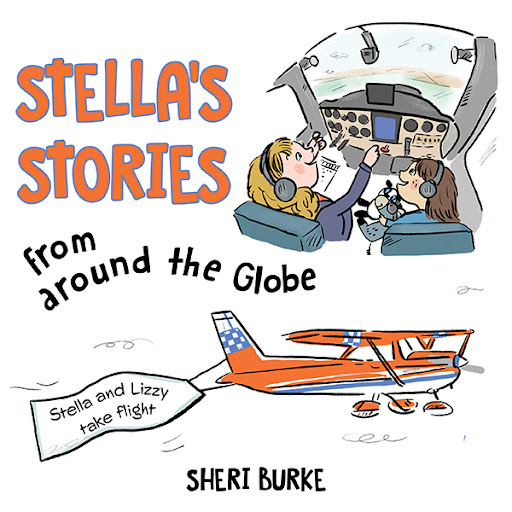 That means that if we seated 100 pilots on a plane then only 6 would be female and the remaining 94 would be male‍.

Some countries are starting to close this gap.

India has the highest number of female pilots at around 12%

These two courageous females are about to take you on an adventure!

This pilot and copilot team will teach you about airplanes and flight. Together you'll learn about radio communication, weather, and how to read some of the plane’s instruments. You'll also get to experience some daring aerobatic stunts - an aileron roll and hammerhead. You’ll learn a new alphabet - the radio alphabet; as well as the codes for some of the world’s airports. There's even space for you to create your very own flight log.

If you are interested in flight then this book is for you! Who knows.....maybe one day you'll become a pilot. 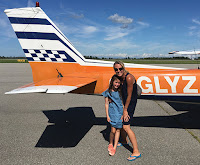 Sheri has travelled extensively which means she's been on lots of planes. Her daughter, Stella, has joined her on many of these flights. Together they've flown to the Arctic, Japan, Europe, Bermuda and to several cities in Canada. Stella's become comfortable navigating airports and flying thousands of kilometres, so it sort of made sense that she'd enjoy sitting next to Lizzy in a much smaller two-seater plane while performing aerobatic stunts.

It's important to me that young people, especially young girls, see flight as a potential future hobby or career. An important first step is finding a role model to help guide you along the way.

Let this book be the first step in your journey toward learning more about flight and maybe one day becoming a pilot like Lizzy. The world could certainly benefit from more female pilots!