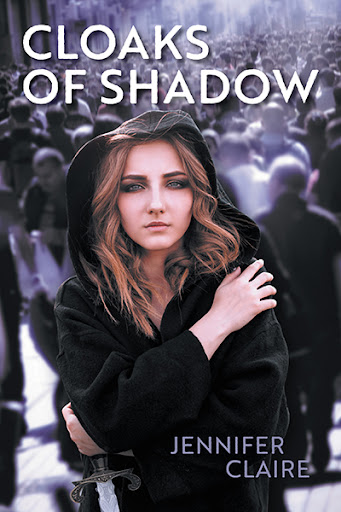 Cloaks of Shadow
by Jennifer Claire

When Mackenzie Harper moves from Texas to New York City for college, she meets a handsome, mysterious boy in a garden and is instantly drawn to him. Their connection is undeniable, and romance soon blooms, but soon her world gets turned upside down when she learns the truth about him. “Luke” is no innocent college boy; he is actually the devil himself, Lucifer, and he is capable of committing terrible acts.

Even though his power over her becomes stronger and more toxic every day, Mackenzie is afraid she will do anything – maybe even give up being human – to stay by his side. This supernatural urban fantasy takes a hard look at how love can not only mess with our minds, but even tamper with our souls.

“Lips cold as frost, skin white as death. Come be my princess, in the underworld we will rest.” — Luke 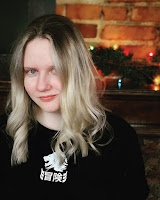 Jennifer Claire has always had an interest in supernatural books and TV shows, and they have inspired her to write her own stories. She currently has several working projects with Ninestar Press: Deranged, Conscious Containment, and Assassin Queens, which are yet to be published. Cloaks of Shadow is a part of a duology, and the upcoming sequel novella is titled Shadow Dancing. She lives in Kingston, Ontario, Canada, with her roommate, Andrew, and their cat Bellatrix (Belle).