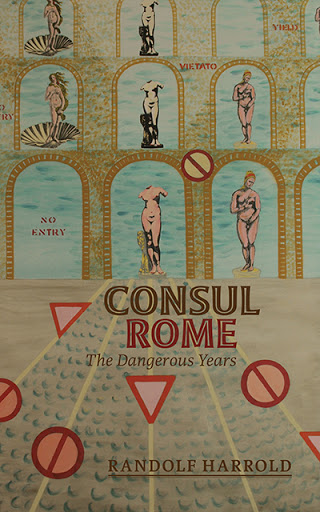 It’s 1978. Mid-career diplomat Rob Kingman is hand-picked from a sleepy government job in Canada to take on an assignment in Rome, where a national political crisis triggered by the kidnapping of former Prime Minister Aldo Moro by Red Brigade terrorists is unfolding. Kingman struggles to navigate the dangerous currents of power and influence little changed from Roman times. Threatened by sinister interests, his adventures embroil him in far-right-wing plots, national uprisings, kidnapping, murder, and lies. All the while, he pairs up with intelligent, tenacious women in London, Paris, and Rome. Friendship and trust develop into passion, intrigue and danger that lead to unexpected consequences in the end in Teheran, risking Rob’s life.

Randolf Harrold has been a diplomat, serving in Latin America and Europe, a counter-intelligence professional, and a development assistance teacher in East Africa. With education in International Economics and Law, he has also been a senior bureaucrat in the Federal and Provincial governments and in later years developed new technology companies in the private sector.

He is now turning stories from his adventurous life into international thrillers. Consul Rome is the second installment of his Cold War Trilogy, as entertainment reflecting lessons learned. He lives in the Canadian capital, Ottawa, and frequently spends time with family in Vancouver and in London, and often travels to Italy.