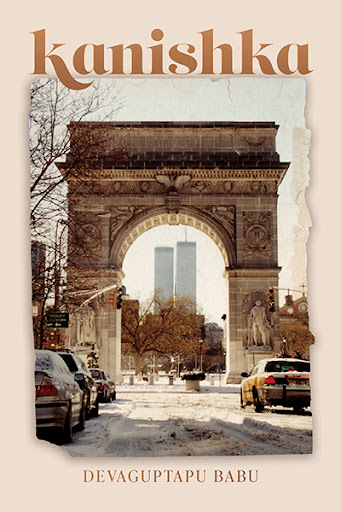 At RLS Productions in New York City, Indian-Americans Simrin and Priya, join their boss, Bob, whose ancestry is European, in hearing a pitch for a movie, from PG, a writer who mysteriously went AWOL after impressing them with part of his story a few years before. And as the increasingly enchanted producers listen, PG, who may or may not be telling a true story, weaves a tale of two interconnected families whose warm bond overcomes their cultural differences. The story stretches from India, to England, to the United States, in a colorful tapestry of family love, epic tragedy, and calamitous encounters with history. Redolent with rich tones of Hindu philosophy and culture, Kanishka melds historical fact with fiction, to show the human cost of blind ideology and make a compelling case for love surviving beyond the grave.

Devaguptapu Babu has been a professional engineer, a senior executive heading European operations for a major corporation, and a writer, director, and actor.

His North American theatrical journey started in 1968 at Cranbrook,BC. with “Finian’s Rainbow”.

In 1988 press in Manesha, WI. acclaimed, “He has succeeded in a monumental undertaking “ Ramayana “ which was a feather in his cap”. In 2012 directed a play “EK” as well acted in the lead role in Austin, TX.

His first book, Mystic was published in 2016.

He has written many plays and Kanishka was developed from a one-man show he wrote, directed, and starred in to critical acclaim.

He and his wife live in Helotes, Texas.