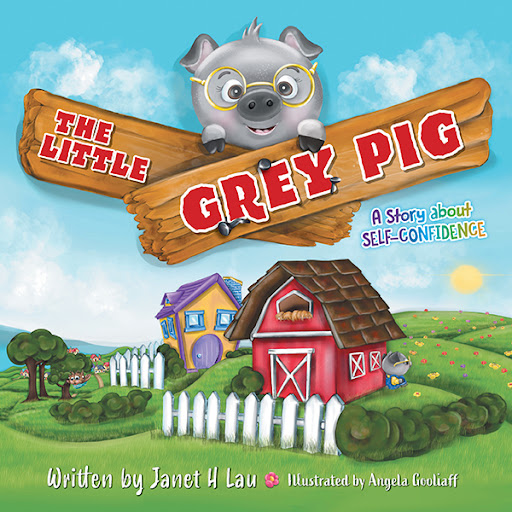 The Little Grey Pig
A Story About Self-Confidence
by Janet H. Lau

Little Grey Pig lives on a small farm with her loving mother. They don’t have very much money, but that doesn’t stop Little Grey Pig! She uses her imagination and becomes resourceful in creating the things that her heart desires.

But when the other animals make fun of her creations, Little Grey Pig starts to lose confidence. She’ll have to learn how to believe in herself—with some help from those around her.

The Little Grey Pig is all about rebounding from failure and learning to believe in yourself. Perfect for any child who struggles to be proud of their own abilities. It’s a reminder that life is all about trying new things. No one gets it perfectly right the first time, not even little grey pigs.

Janet H. Lau is a Medical Laboratory Technologist working in a trauma hospital. Between her shifts, Janet loves to bake, craft, and be silly with her daughter. Through raising a child, she has seen first-hand that children have a great imagination. They do not often face limitations by anything or anyone—until they encounter negative criticism and peer pressure. They can start doubting themselves, causing their self-confidence to deteriorate along the way.

Janet actively teaches her daughter about self-confidence, how to appreciate and get creative with things you have, and how to strive above the social construct of normalcy. She wrote The Little Grey Pig to share those same lessons with other children.

Janet lives in Canada with her daughter.