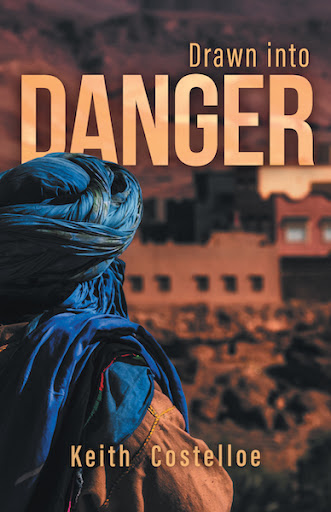 Dave is 24 when he gets his first job teaching English in Algeria in 1978. He’s not sure what to expect, but he knows he wants to escape the boredom of an ‘ordinary’ job in the UK. Travel calls to him. He longs to explore different cultures and have new experiences, in part so he can forget his previous life and friends. When he arrives in Algeria, he soon realizes he’s in a completely different world. He starts to feel that Algeria might allow him to explore his bisexuality further. However, as he’s drawn into the local culture, events begin to control him. In helping a friend get revenge, he is drawn into a secret police operation with unimagined consequences. Is revenge really worth it? Will he lose his freedom because he chooses to do the right thing?

Keith lived and worked in Algeria as a teacher from 1978 to 1981, taking extensive notes and writing a series of short stories while there. He travelled extensively in Algeria and read as much as he could about the country. North Africa is a beautiful area of the world and has always been a source of fascination for him.

A voracious reader, he has always wanted to write, but until now has never allowed himself the time or energy to do so. The COVID-19 lockdown gave him time to pursue writing. Keith has participated in several creative writing courses at Future Learn and Vancouver Community College in poetry, prose, film script, and memoir writing. He is an active member of a Vancouver Writing Group, which has inspired him to continue writing.

Drawn into Danger is Keith’s first book, with more to come. He lives in White Rock, B.C.