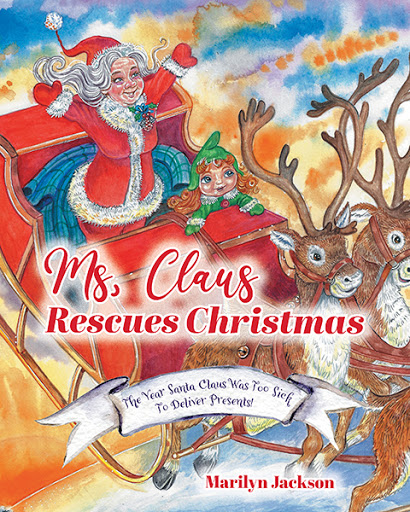 There’s trouble at the North Pole when Santa Claus is down with a bad flu on Christmas Eve and is too sick to deliver presents. His doctor insists that Christmas is cancelled, breaking the elves’ hearts and putting the yuletide season in jeopardy. But then Ms. Claus saves the holiday when she puts her foot down and exclaims, “I will go instead!” No one believes that she can take Santa’s place. Even Santa is doubtful. But Ms. Claus, facing her own fears, stands firm and courageous as she grips the sleigh’s reins and leaps into the snow-stormy night. Will Ms. Claus be able to save Christmas?

Fun for all ages, Ms. Claus Rescues Christmas offers meaningful lessons in risk-taking and traditional roles in a hilarious and engaging manner. Told in verse and filled with endearing characters, it’s a story that’s sure to become a holiday favorite in many homes. 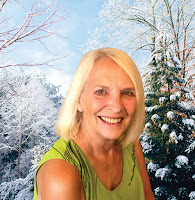 Marilyn Jackson worked in Canadian theatre for over twenty-five years, including as the Marketing Director for Ontario's Shaw Festival as well as Theatre Calgary, Alberta Theatre Projects, and the Port Theatre in Nanaimo, British Columbia. She has a BA in English from the University of Wisconsin and studied Creative Writing at the University of Victoria, Arts Marketing at Banff Centre for the Arts, and Education at Northwestern University in Chicago. Previously, Marilyn taught in the inner-city schools of Chicago as well as worked as an actor. Now retired, she enjoys travelling the world, writing poetry, and creating glass art.

Originally from the United States, Marilyn now lives on Vancouver Island. Bringing her love of Christmas to her first published children book, she hopes to inspire young people to reach for their dreams!