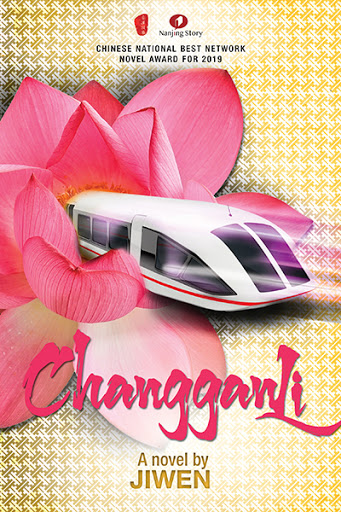 In the fictional Chinese city of Nandu, the ancient walls have enclosed the neighborhood of Changganli for 600 years. In the 1950s, as the citizens wanted to develop as fast as possible, “relics” like the city wall were deemed an obstacle to modernization and the order went out to dismantle it. But there are those who are willing to die to preserve the city’s cultural heritage and the wall survives to become a vital element in the lives of five young friends who grow up in its shadow. Coming of age in the 1980s and moving on to college and their careers, these five friends then find themselves at odds about preserving their heritage and taking their fast-developing city into the next century, during the year 2018.

As the heroes and heroines of Changganli grapple with the conflict over what is worth saving in a world that’s changing so quickly, readers will find themselves just as conflicted over what’s right and what’s wrong. With nuanced and appealing characters and relationships; a white-hot conflict spanning generations; incidents of drama and horror; and deeply moving, star-crossed romances, Changganli introduces readers to the inestimable value and beauty of Chinese culture and tradition.

"Changganli is a first-rate novel, with deeply nuanced characters and relationships, a white-hot emotional conflict that fuels the wholeplot. It is a good way for a western reader to get to know vital aspects of Chinese life as well."

"Reading Changganli is like walking around the town. The novel melds Jiwen’s warmth of phraseology, passionate feelings, storytelling power and emotional grandeur into an organic whole. This is an extensive depiction filled with the countless complexities of a famous city known for its rich cultural history, its renowned city wall and its old town preservation efforts, through a story that unfolds with a free flowing series of ups and downs, a plot with lively twists and turns, and deep concerns about the fate of its characters, touching upon many aspects of social life from ancient to modern times."

"I can feel the love that Jiwen is expressing for her hometown, and for her friends. After reading this story, you will feel like you need to visit Nanjing and Changganli."

"An enjoyable novel that takes the reader through everyday China. The work gives intriguing insights to Chinese culture while creating a compelling story."

Jiwen, Author of Canadian North Shore Authors Collection, Member of Jiangsu Network Literature Valley, Member of Chinese Canadian Writer’s Association, moved from Nanjing China to Canada in 2012 and started writing network novels in 2016. She is recommended as a cultural ambassador of Nanjing and a good storyteller by readers, primarily for her well-loved Nanjing Stories series, of which Changganli is a part. Jiwen has received many awards for her Chinese writing including the Chinese National Best Network Novel Award and the prestigious Hsing Yun Global Chinese Literary Prize. Aside from Changgali, two more of her novels have been translated into English in 2018, The Porcelain Tower of Nanjing and Jiangnan Imperial Examination Hall.