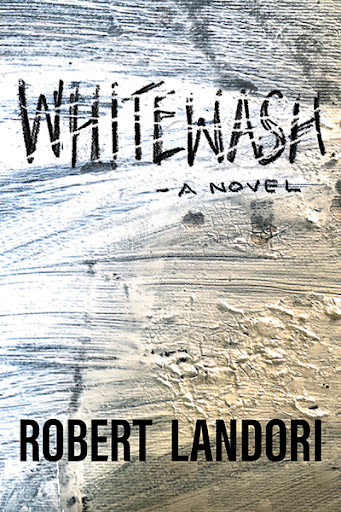 Whitewash
...about an NSA Contractor
by Robert Landori

He spoke six languages, had an exceptional memory, hated the Soviet system and thirsted for revenge, was fit as a fiddle, a dead shot, enthusiastic and eminently malleable.

So they recruited him at age 22. After training him, they let him loose on Canada, the US, Cuba, the Caribbean, Uruguay, Central America and Switzerland.

At age sixty, he decided to seek his own fortune.

THIS NOVEL IS BASED ON A TRUE STORY

"A thriller set in the period from WWII to the fall of the Soviet Union blends finance, politics, love, and survival. In Landori's sprawling novel ... much of the action takes place during the Cold War. Gawking at the lavish lifestyles of the corrupt international elites is highly entertaining.

The dollar is as mighty as the sword in this well-researched, far-reaching saga."

"Robert Landori has written a veritable mille-feuille of a spy novel. Spanning five decades, at least eight countries, and multiple identities, WHITEWASH takes readers on a wild ride of intrigue, espionage, money laundering and even treasure-hunting. WHITEWASH will be an appealing book for fans wanting to be transported to the elegance and excesses of mid- to late-twentieth century political maneuvering."

"Whitewash is an epic geopolitical thriller, spanning continents and decades, with a head-spinning plot and a cast of intriguing characters that have the ring of authenticity only a knowledgeable insider could bring to bear.

But this work of fiction is much more. It's a portrait of an innocent boy trapped between the devastating ideologies of the 20th century -- fascism and communism -- who grows into a man wanting to be on the right side of history. But heroism ultimately eludes him, as does the justice of "the cause" he signed up for. His moral ambiguity mirrors the U.S.'s dubious Cold War tactics."

"WHITEWASH is a fascinating, suspenseful and highly entertaining story about an NSA ‘asset’ who, during five decades, while serving his masters at Foggy Bottom (the US State Department) in the Americas and Europe, repeatedly changes ‘persona’ like a chameleon. If you like to read about history and are into international intrigue and spy-craft don’t walk – run – to buy this book."

"Robert Landori delivers again. In his ninth thriller he takes us on an international ride filled with intrigue, danger, and suspense … written in a style reminiscent of John LeCarre. Would make a fascinating TV Series." 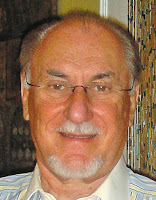 Born in Hungary, Robert Landori (whose full name is Robert Landori-Hoffmann) was, for most of his professional life, a senior Public Accountant, Mergers & Acquisitions specialist, and a Trustee in Bankruptcy in the Cayman Islands.

But behind the facade of the quiet man of numbers lay a life of intrigue and mystery. He traveled widely throughout South America and the Caribbean, where he came into contact with international financiers, notorious con men, well-known artists and entertainers… and members of several countries’ intelligence communities.

Robert Landori also developed a highly charged and double-edged relationship with Castro’s Cuba, and was, at one time, held in solitary confinement for over two months on false accusations of espionage.

He was eventually freed, and is now a writer of international intrigue and espionage thrillers.

Robert Landori lives in Canada where, when he is not writing full-time, he consults as a Business Development Strategist.