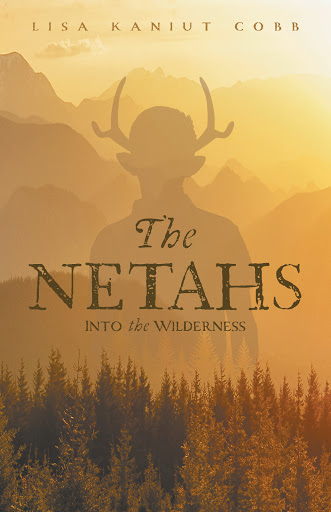 Josh’s new foster sister is a skunk, and his parents have no idea. Rose looks like an adorable toddler, but she has a feral attitude, an aversion to bathing, and a smell that follows her no matter where she goes. Whenever Josh’s parents aren’t looking, Rose talks to him like an adult and shows him her fur and teeth.

When Josh starts feeling strange bumps on his head, Rose reveals that she is a Netah, an animal shapeshifter sent to oversee his transformation as he comes of age. Because the bumps on his head aren’t just bumps; they’re antlers. And Josh is a halfling, the son of his Netah elk father who abandoned him when he was born.

Soon, Josh is shocked to realize that many people in his life are also Netahs. The lunch lady at his school is a heron, his friend is a raven, and the bully who always pushes Josh in the hallways is a bear. It’s up to these Netahs to make sure Josh doesn’t expose their true nature to the other humans. When Josh finally does transform, the Netah council tells him that he must pass three tests to join their society.

Trapped in his animal form, Josh goes into the lush Colorado wilderness with four of his new Netah friends to not only master his ability to transform, but to prove himself trustworthy to the council. If he doesn’t succeed, he won’t only risk being an outsider forever; the council may decide to protect their secrets—permanently.

Lisa Kaniut Cobb is a writer and outdoors enthusiast with a master’s degree in writing from the University of Denver. She is the author of Literary Ideas and Scripts for Young Playwrights, available through Amazon. She loves travelling, hiking in the mountains, identifying wildflowers, skiing, and animal watching with her husband and grandchildren. Writing fantastical stories allows her to share her love of nature with young people.

She lives and writes in Colorado. For more information, see www.lisakaniutcobb.com.