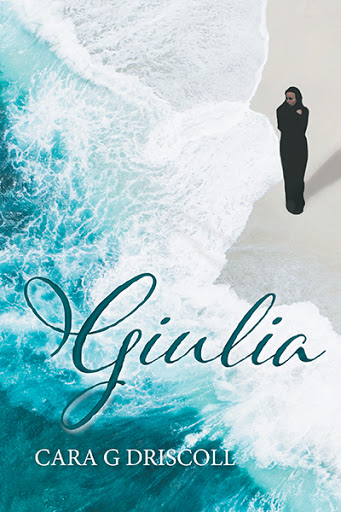 Giulia (pronounced Julia) was the daughter of Caesar Augustus. Arrested for adultery and treason, Giulia is banished to the island of Pandateria for 5 years where she spends her days in the company of 3 servants, musing about former lovers, lost friends and the children she was forced to abandon.

The story of exile is woven together with historical fact and imagination. It takes place during a time of transition from acquiring land to build the Roman Empire to the implementation of the Pax Romana.

"Giulia" offers readers of historical fiction a compelling, introspective story of controversy and rebellion in the age of the Roman Empire.

Giulia - A woman of the gens, descendent of the clan Julius.

Damaris - Damaris became lame after her foot was trampled by a Roman soldier. Damaris becomes the stabilizing force for the exiles.

Dilf - Dilf's father indentured her for 5 years' service in lieu of taxes owing to the Roman Empire. Dilf will become a libertine in 3 more years.

Mishma - Mishma was sent into exile because of his foul odor from a botched operation after being made into a eunuch. He struggles with his loss of manhood.

Mediterranean sun while immersed in the reading of Cara G. Driscoll’s beautifully

ancient times reveals itself on every page. Giulia, the daughter of Emperor Caesar

Augustus has been exiled to the island of Pandateria for licentious behavior. Her

only companions are three servants; two of whom are also ‘troublesome women

of the Empire’ and the third a eunuch. Impeccably researched it is a remarkable

story of love, forgiveness and transformation set in the Roman Empire in 2 B.C."

Cara Driscoll is an artist residing in Regina, Saskatchewan. Intricately hand-coiled vessels make her work identifiable. While the clay is still wet, text is inscribed in the bottom of the vessel. The text reveals or conceals something about the character being depicted.

A 10 year project gave voice to women of the bible by forming them into clay vessels. The project led to facilitating retreats and giving presentations on "The Forgotten Women of the Bible". Another exhibition titled "Memory in Clay" focused on the historical aspect of the material used to create the vessels.

Both of these exhibitions informed the writing of the historical novel "Giulia".

For 10 years Cara has strived to give Giulia a voice by shaping her story into words.

Cara graduated in 1991 from the University of Regina with a major in visual arts. In 2010 she completed the Prairie Jubilee Program based out of the University of Winnipeg. The connection between art and spirituality is the focus of her art work and her writing.