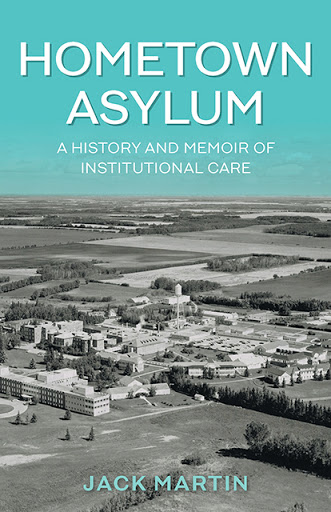 Starting in 1911, and for many years, the Alberta Hospital Ponoka, or AHP, was the largest and highest-population psychiatric institution in the Western Canadian Province of Alberta. It was also located on the outskirts of Jack Martin’s hometown, and his father was employed there, which means that its story and Martin’s intersect in varied and interesting ways.

In Hometown Asylum, Martin explores the Hospital’s history, along with some of his own. In this journey, Martin considers past and contemporary issues in mental health services and treatments from the perspectives of those receiving them, those attempting to provide them, and the citizens whose attitudes and tax dollars inevitably guide and contribute to these efforts.

In telling the history of the Alberta Hospital Ponoka, this book describes a wide and varied range of treatments for those suffering mental disorders, and examines how societies, past and present, have responded to the challenges of caring for them. As a part of this, Martin raises questions about the nature of mental illness, the efficacy and ethics of treatments offered, the rights of the mentally ill, and the obligations and manner of their care.

“Hometown Asylum is written by one of our most gifted interviewers, thinkers, and historians of psychology. In his characteristically learned, thoughtful, and insightful style, Professor Martin combines archival research, individual interviews, cultural history, and his own family history to create an emotionally moving story that is beautifully personal, professional, and national.”

California School of Professional Psychology, Antioch University, Seattle & Author of Constructing the Self, Constructing America: A Cultural History of Psychotherapy

“Combining meticulous historical narrative with evocative memoir, this chronicle of a particular psychiatric institution in Western Canada is actually the story of a much broader set of changes in psychiatry and society. The distinguished psychologist Jack Martin does a remarkable job of conveying the humanity and vulnerability of all the persons associated with this hospital over the decades, including doctors, patients, attendants, administrators, and neighbours.” 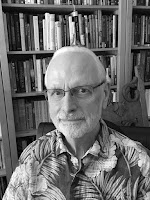 The Alberta Hospital Ponoka is the backdrop of the author’s formative years, and a catalyst for a forty-seven-year career as a professional and academic psychologist.

Jack Martin began as an educational and counselling psychologist, and he spent many years as a researcher of counselling and psychotherapy. By mid-career, he became devoted to the history and theory of psychology. At the end of 2018, he retired from his position as Burnaby Mountain Chair of Psychology at Simon Fraser University. He is a Fellow of the Canadian and American Psychological Associations, former President of the Society for Theoretical and Philosophical Psychology (STPP), lead editor of the Wiley Handbook of Theoretical and Philosophical Psychology, and recipient of the STPP’s Award for Distinguished Lifetime Contributions to Theoretical and Philosophical Psychology. Much of his later career work focused on the psychology of personhood and the psycho-biographical study of individual lives. Martin is also the award-winning author, co-author, or co-editor of seventeen books about applied psychology, and the theory and history of psychology.

Martin and his wife, Wyn, live in Tsawwassen, British Columbia.