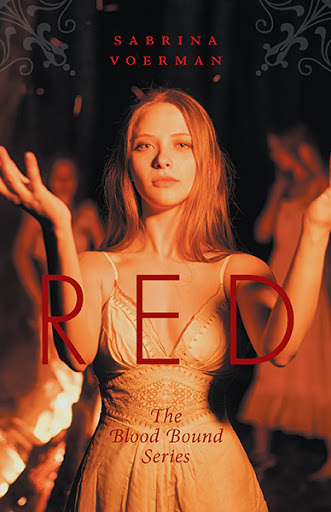 Red is a page-turning historical fantasy that invokes the fairy tale Little Red Riding Hood and the horror of the Brothers Grimm.

The year is 1891; the place, Bezidu Nou, Romania. For four hundred years, the townsfolk have been telling the tale of a wicked wolf, a beast created by evil that prowls the forest at the town’s border, waiting to be summoned, waiting for a daughter to be sacrificed.

Ever since she was a small child, Rose has suffered terrible abuse at the hands of her father and grandmother. She dreams of escape but doesn’t know it’s possible until she meets Alina and a coven of witches. With them, for the first time, she is loved and empowered, and when she discovers that she is going to be sacrificed to summon the Wolf, rather than succumb to her fate, she wields it. Asserting the strength in sisterhood, the coven help her fight the curse, and as they do, they uncover the twisted truth of who the Wolf really is.

Disturbing, cleverly engaging, and dripping with mystery, Red breaks away from the binary of good versus evil.

Red is Sabrina Voerman’s first book and is the first book in the Blood Bound series. Sabrina lives with her partner of nine years on Vancouver Island. She would like to use this platform to acknowledge that she is of settler descent occupying the unceded territory of the Coast Salish and Pentlatch Indigenous people.