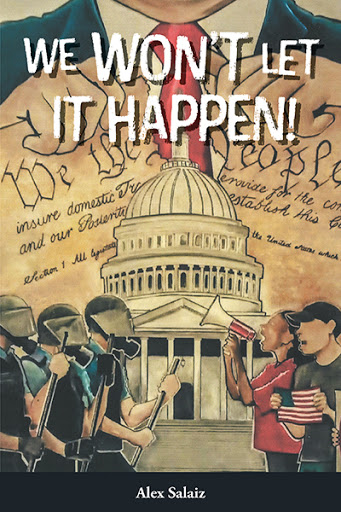 We Won't Let It Happen!
by Alex Salaiz

FBI Special Agent Chad Winters is killed as he crossed the street by a driver in a stolen two-and-a-half-ton truck. Was it an al-Qaeda or ISIS agent that finally killed Chad or was it really an accident as reported by the D.C. police? His longtime FBI partner Reynolds and new FBI hire Padilla were cleaning out Chad’s apartment when they found documents of large investments in pharmaceutical companies by Washington D.C.'s prominent people and also documents of a viral attack. Was this information mailed to Chad that led to his murder? Then a mysterious call about a murder of an investment clerk in New York City shortly after the investment documents were mailed to Chad proved that the information was related to his murder. Identifying the investment clerk’s and Chad’s killers as the same individuals led Reynolds and FBI rookie Padilla to a beautiful Russian Research Assistant in a major US university. She had been placed there by a Russian oligarch to develop and release a virus in the United States. The Research Assistant turned witness but was quickly kidnapped by Russian Agents from an FBI safehouse in D.C. She was rescued by Reynolds and Padilla only to be kidnapped again by the same Russian agents while Reynolds and Padilla were out of country now capturing Chad’s killers in Canada. Will they rescue her a second time? Read the conclusion of “We Won’t Let It Happen” to find out the end of this exciting story.

Alex Salaiz received his B.A. degree in Political Science From Saint Mary's University in San Antonio, Texas. He is a retired government employee after directing a major U.S. Department of Labor agency in Denver, Colorado, He is also a retired Army officer with the rank of Lieutenant Colonel retiring after 36 years of both active and reserve duty. His last active duty assignment was state sides in support of 'Operation Iraqi Freedom'. This is Alex's fourth FBI action book, publishing his first book, 'This Nation Under Attack' in 2014. His second book, 'Unholy Terror Waged on Our Beloved Nation' was published in 2016 and his third book, 'Revenge Without Remorse' was published in 2018. Alex lives in San Antonio, Texas with his wife Nellie, a retired school teacher.,