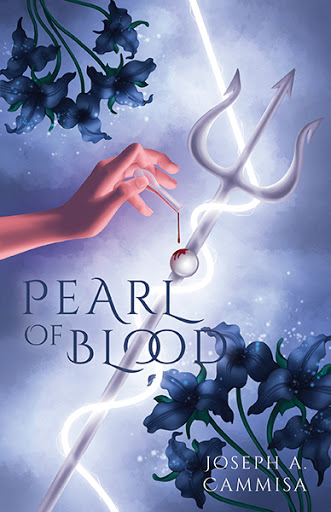 Pearl of Blood
by Joseph A. Cammisa

Vaelon Stone is ten years old when he's chosen by an ancient spirit to be imbued with supernatural gifts. After eating some trillyrium berries, he finds that he has healing abilities and can generate plasma through his hands. Having successfully saved his village from being obliterated by a meteorite, he is transported from Mysteria, his homeland, to modern-day Earth, along with the berries.

Eight years later, after being assimilated into Western society, Vaelon learns of four others like him, one being his best friend Zack. Soon, they track down the three remaining supernaturals: Elisabeth, a sarcastic beauty with super strength, speed, and the ability to turn invisible, Lauren, a girl with the ability to shape and conjure metal, and Nat, a shapeshifter who can transform herself and those around her.

But once the newly named Trillyriums come together, they discover they have been marked by Amarina Violette, a centuries' old psychic, seeking the Trillyriums' blood to cast a plague of death in her homeland—Mysteria, the very place Vaelon is from. Will the quintet, bound together by their supernatural blood, withstand being pushed to their limits to defend the people of Mysteria, or will Amarina break them and force the country to crumble under her wrath? 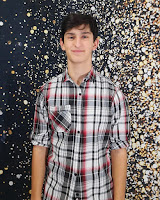 Joseph A. Cammisa was born and raised in Vaughan, Ontario, where, from a young age, he utilized different outlets to express his creativity. In kindergarten, he would draw the stories that he was not yet able to tell. However, as he grew older, he began documenting his characters and plot lines on paper, leading to the eventual stringing together of all his ideas. His first book, Pearl of Blood, is not only a product of his love of writing, but also his ambitious and dedicated attitude. Hard at work on the sequel, he aspires to become a best-selling author and share his passion for storytelling with others.