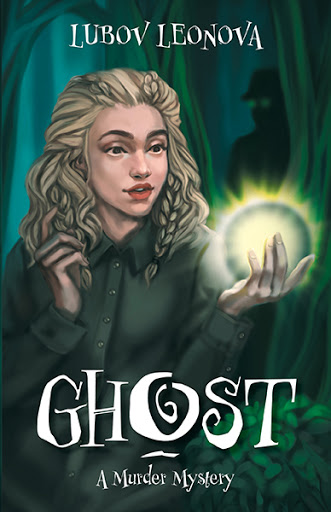 Lana Morris has always dreamed of becoming a guardian. With her investigative eye and ability to read minds, she’s perfectly suited for stopping crime. But in a world ruled by men, she is forced to find another usage for her mind reading Gift. But when her close friend, Rebecca, dies under suspicious circumstances, everything changes.

Three years after this tragedy, Lana returns to her hometown to find out the truth. Her father is a Guardian Chief now, and Lana becomes his secretary to gain access to Rebecca’s case file. However, when Lana starts her own secret investigation, a new murder happens, and this time, the victim is a local schoolgirl. Lana sees parallels between this death and Rebecca’s, both girls being of the same age and having destructive Gifts. Lana soon discovers a man known only as Ghost has been murdering teenage girls.

Meanwhile, in light of the new murder, the Guardians become more involved—namely, Lieutenant Richard Laine, a man with a deep personal connection to the case. Lana and Richard immediately despise one another; Richard doesn’t think women should be involved in detective work, and Lana no longer believes in the Guardian House’s capacity for justice. But as Ghost closes in, the investigation becomes more and more dangerous. If Richard and Lana can’t move past their differences, Ghost will claim even more victims—and Lana may be his next target.

"I really enjoyed reading this story and being in the fantasy world. It has an interesting magic, plot, and characters – all of whom I liked." Fiona Ryan

"I've read thousands of fantasy novels, and I can say that I enjoyed this unique detective magic world. It's relationships that kept me guessing until the end." Crysta Perak

Lubov Leonova was born in Vladivostok, Russia. After completing her BA in English translation, she immigrated to British Columbia, Canada. While obtaining her Linguistics Certificate from Douglas College, she volunteered in a support group for women who had experienced trauma and domestic violence. This experience inspired her to write “Two Worlds,” a series of fantasy novels with feminist themes. Today Lubov is a blogger and a fantasy fiction writer. She lives in New Brunswick with her husband and her bunny, George.