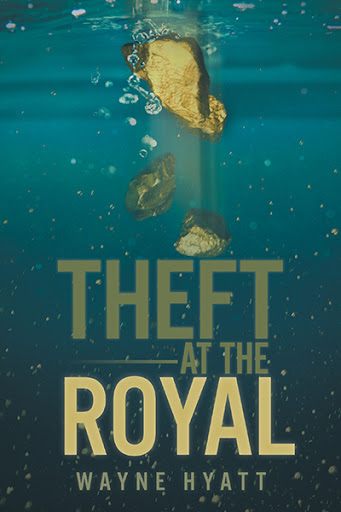 Theft at the Royal
by Wayne Hyatt

What if you figured out a way to pull off an impossible crime? Would you do it? That is the million-dollar question for security expert Viktor Alexov when he visits the Royal Canadian Mint in Ottawa as a tourist. What begins as a hypothetical, problem-solving exercise for him soon becomes an obsession when he realizes he knows the perfect way to steal gold undetected from one of the most secure buildings in the world. With two accomplices from his Bulgarian Army days, Alexov sets out to commit the crime of the century. But in order to do the job, they must first recruit inside help at the Mint. Some Mint workers are recruited through greed, some through passion, and others through blackmail. As hundreds of details come together, Alexov and his team become more and more confident that they have the perfect plan. With so much preparation, what could possibly go wrong…

Inspired by a real-life reported $13 million “loss” of gold at the Royal Canadian Mint, with Theft at the Royal, Wayne H. Hyatt has created a page-turner crime novel that will leave you forever second-guessing “official reports” of events.

Wayne H. Hyatt enjoyed a fulfilling career with Fisheries and Oceans Canada, which involved many trips to Ottawa where Theft at the Royal is set. His work involved scuba diving for scientific purposes, and this expertise is also reflected in the experiences of the characters in his book. A life-long coin collector, the Royal Canadian Mint has been a source of interest to him for many years.

Today, Wayne and his wife, Karen, split their time between St. Catharines, Ontario and the Republic of Panama. His interests include reading and writing, painting, carving, travel, golf, and baseball. He also enjoys people watching to understand the motivations and actions of others. Theft at the Royal is his first book.