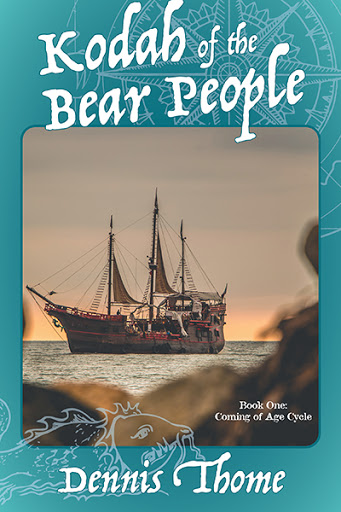 Kodah of the Bear People
by Dennis Thome

Orphaned as an infant, Kodah had to grow up fast in his small village, working hard and doing his best to be of use to his godmother. He doesn’t realize how much he still has to learn and grow, until a cryptic message comes from his uncle, a sea captain. Dark magic turns warm summer breezes into the darkest winter night. Without warning, Kodah finds his life turned upside down as he embarks on a journey to save his people.

Elvin magic, murder, pirates, a four-hundred-year-old wizard, body theft, romance … the quest he faces would be a lot for even a seasoned adventurer to handle, but for young Kodah, it means the beginning of an entirely new life―one that will change him almost as much as the discovery that he might not be an orphan after all. 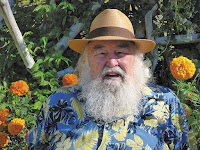 DENNIS THOME has lived a life of constant change, from fighting in the Cold War and Vietnam to travelling the world in the sixties and seventies, seeking peacefulness and love. Now retired, he has had sixteen separate working careers―giving him a wonderfully vast experience with many different lifestyles and the people living them―and he continues to volunteer in his community to this day, connecting with people and being inspired by them.

Dennis has always loved reading fantasy and science fiction, and has thoroughly enjoyed his writing forays into various genres, from penning short stories and poetry to creating worlds like Kodah’s, into which he can escape. He has previously published a book of short stories, Tales of Canadian Rurality, and a book of poetry entitled Other F Words.

He lives with his true love, with whom he just celebrated fifty years of marriage, in the forest homestead he built for her at the base of the Monashee Mountains in British Columbia, Canada―a magical place that continually fills his imagination.