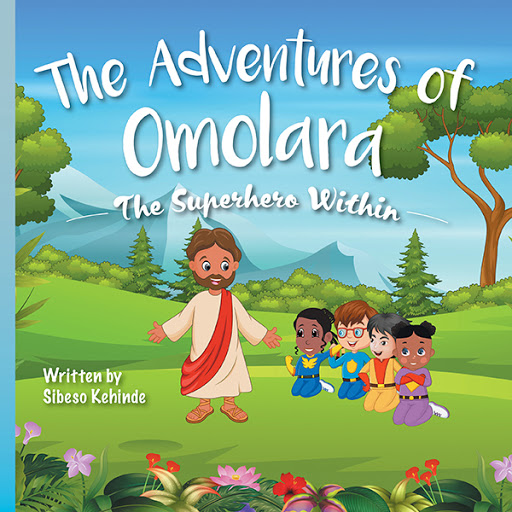 The Superhero Within
by Sibeso Kehinde

Despite the vast sights she will see and lessons she will learn, The Superhero Within shares the good news of God’s kingdom, teaching Omolara that she has a superpower she never knew about. She is a daughter of the king! And she has been given a mission to conquer the world for God, to share the gospel with others. While she may feel overwhelmed by the task, her devotion to God is all she needs. Through Him, and the support of her loving family, The Superhero Within encourages Omolara in the pursuit of a purposeful life and to follow where God leads her. Join Omolara as she learns that she is filled with potential, created in God’s image, and able to take on the world with her wonderful, strong spirit.

Debut author Sibeso Kehinde was forever changed by the journey of motherhood and was inspired to write The Adventures of Omolara series for her daughter. During the sleepless nights when she would nurture her child, Sibeso began to pen the hopes and dreams she held, the visions she had for her daughter’s life, and the teachings she hoped to share with her for how to find herself in God. Through her stories, she hopes all children can cultivate a healthy spiritual relationship and seek Him in both the joys and tribulations of life. As her daughter grew, so did her playfulness and self-assuredness, and one day, as her young girl stood in a superhero pose, Sibeso was inspired to write the second book of The Adventures of Omolara series, The Superhero Within.

For more books by the author, see God’s Calling, the first book in The Adventure of Omolara series.