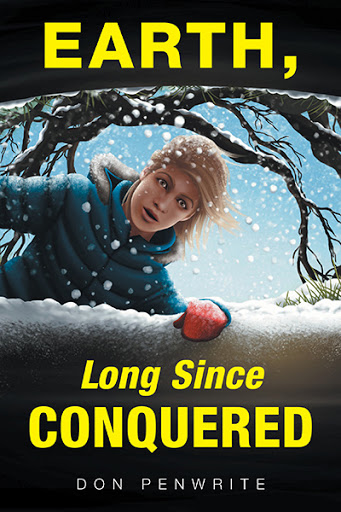 In this gripping post-modern thriller, a curious seventeen-year-old named Doug tumbles into an adventure through outer space and into another world, where his senses are treated to a thousand novelties, each teaching him something that strengthens his character. Doug learns that a body is only a tool, and that his abilities to succeed with it are only limited by his own thoughts.

When he discovers a living spacecraft that exposes him to even more possibility, he realizes that he’s been part of Earth’s paradox all along. But now he becomes an immortal being, elevated above humans, who are revealed to be mere animals, kept dumb and compliant on a planet that’s little more than a farm.

The responsibility for exposing this truth brings Doug into the orbit of Aaron, an evolved alien intent on redressing the greedy, crazed powers of man, and happy to have Doug join in his pursuit. Along the way, Aaron and Doug collide with an enemy race of grotesque aliens harvesting humans for wealth and power.

Here is a sweeping tale for readers who question their own state of being; they might discover that freedom is more accessible than they’d been led to believe. Earth, Long Since Conquered expounds that we will only find the truth if we never stop looking for answers.

Don Penwrite was born into the Cold War era. His parents were art teachers—his mother a potter, his father a versatile master painter—and he grew up in a very creative environment. Don has been a prolific writer since grade school. He’s intrepid, open minded, and has a strong point of view about the relationship between spirit, mind, and body.

Don lives on Earth with about seven billion other people (and who knows how many others, living without a body). Specifically, he calls Coquitlam, British Columbia home. He lives with two dogs and has four grown children.