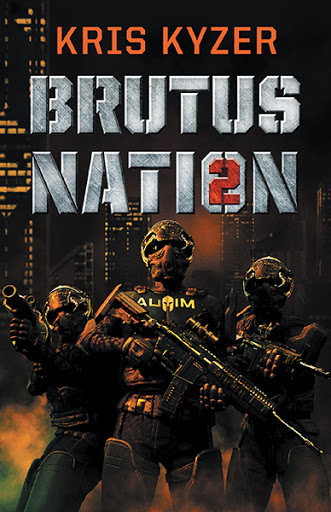 Brutus Nation 2
Hammer of the Hogs
by Kris Kyzer

“I saw an opening. A chance to go legit and make more money than we ever thought possible. All thanks to the unique brew that is Bronson-North. I saw this plump, juicy, succulent swine just begging to be slaughtered.” – Don Esteban

Welcome back for another wild ride thru the slime & grime of the Athenian Union, where greed, corruption, and betrayal reign supreme and numerous other unpleasantries lurk behind the next corner.

A freshly released convict doing the AUIM's bidding. A banker backing the score of the century. A drug lord hellbent on going legit. A race driver seemingly out of options. A team owner jonesing for a new stadium. What do they all have in common? They are sharpening their proverbial knives, hoping to carve out a delish piece of the Athenian hog for themselves. Witness their epic journey as they chase their schemes & dreams the only way they know how: with a combat shotgun in one hand and a highly caffeinated energy drink in the other.

Pandora's box has been reopened. They are coming for us all. Brutus Nation 2... time to reload. 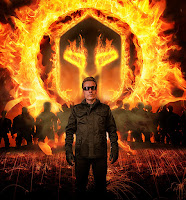 Today, Kris spends his days in the Great White North, where he enjoys long walks on the beach and feeding his delusions of grandeur.