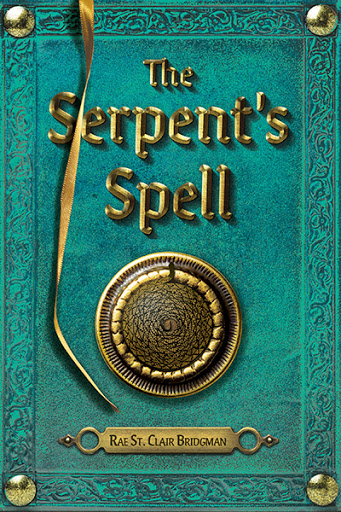 Unbeknownst to ten-year-old Wil Wychwood, he comes from a long line of mages.

But with the death of his grandmother and his world upended, Wil moves to live with “the Aunts” and finds himself in MiddleGate – where buses drive through brick walls and leaning houses dot streets named Wog’s Hollow and Half Moon Lane. The four-hundred-and-ninety-four-year-old school, Gruffud’s Academy, is out of this world too. With classes in numeristics, botanicals, cartology and verbology, and textbooks like "Magykal Spelling, Grammar and Palaver," this is no ordinary school.

Yet something dark brews beneath the veneer of this idyllic hidden city. When Wil and his cousin Sophie rescue the sacred snakes of Narcisse, they find themselves swept up in a dangerous plot. The secret society known as the Serpent’s Chain is on the loose, and Wil is carrying the very thing they’ve been searching for.

"Beware the Serpent’s Chain," they were told, but what does that mean? What dangers await Wil and Sophie as they unravel this wicked mystery?

"Fans of fantasy will undoubtedly delight in the magic, engaging protagonists, talking statues, a mischievous library ghost, unique school activities, an ophidiophobic Minister on the Status of Magical Creatures, cops called Firecatchers, the bullying Sly twins, and the other minutiae of daily life in MiddleGate."

"There are many interesting features of MiddleGate that young readers will appreciate: phosphoworm lanterns; eyeglasses whose frames change colour; unusual sweet foods such as snakecake and chocolate toads; the "ditchball" game they play; and the school subjects they study (numeristics, verbology, cartology, botanicals, shadow-cutting). I like the way the author includes Manitoba features such as mosquitoes, cold winter weather, the Dragonfly Festival at Bird's Hill Park, and the Narcisse Snake Pits. At the same time many features of MiddleGate are completely different, such as the mysterious exploding blue eggs and the talking statues."

"Bridgman's spellbinding story has sentence after sentence of melodiously evocative language....If it's exquisitely told spells you're after, 'The Serpent's Spell' has more than enough for even the most discriminating and insatiable reader." 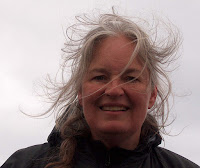 Rae St. Clair Bridgman is an award-winning Winnipeg author and illustrator of children’s books, including the acclaimed MIDDLEGATE BOOKS. She has a knack for finding the magical and extraordinary in the ordinary, in between the cracks of reality. Rae is a university professor, anthropologist, urban planner, co-director of an architectural design firm, mother of six. Favourite things to do in her spare time: watching ants, chasing crayfish, reading the dictionary, playing tuba, watching clouds, and inventing toys. Favourite sayings: “Often, secrets do not remain secrets for long.” “Things that disappear by themselves can come back by themselves.” “Problems can multiply like flies.” “The story certainly changes depending on the storyteller.”