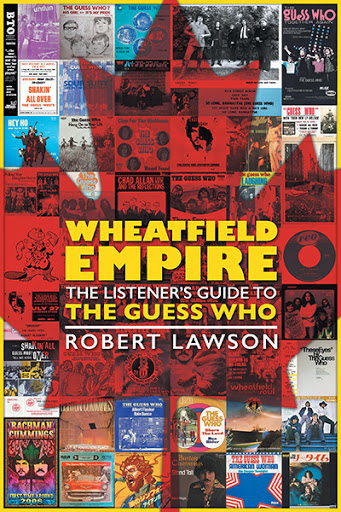 Winnipeg’s The Guess Who are Canada’s original international rock n’ roll superstars. But despite the band’s enduring popularity, no one has assembled a comprehensive history of their recording career… until now.

In exquisite detail that serious fans will appreciate, Wheatfield Empire: The Listener’s Guide to The Guess Who goes through the band’s evolution, album by album and song by song. Nothing is left out. Wheatfield Empire covers the complete discography, singles chart action, international releases, important concerts, significant TV appearances, radio broadcasts, and even a selection of unofficial live bootlegs. The book also discusses the solo careers of both frontman Burton Cummings and guitarist Randy Bachman.

Written in clear prose with a touch of humour, this book’s encyclopedic detail is supported with excerpts from first-hand interviews with band members and input from top authorities on the Canadian music industry.

Looking beyond the radio hits, Wheatfield Empire documents The Guess Who’s musical output with the loving attention they deserve as Canada’s first band to achieve major international success. This book is a must-have for any serious Guess Who fan.

Robert Lawson is a lifelong fan of The Guess Who, starting with his very first concert at age two. He has spent years tracking the band’s recording history and consulted closely with many Guess Who experts to compile this comprehensive guide. He is the author of Razama-Snaz! The Listener’s Guide to Nazareth and Still Competition: The Listener’s Guide to Cheap Trick. He lives in Toronto with his wife.

Wheatfield Empire has been nominated by our staff as one of their favorite books.