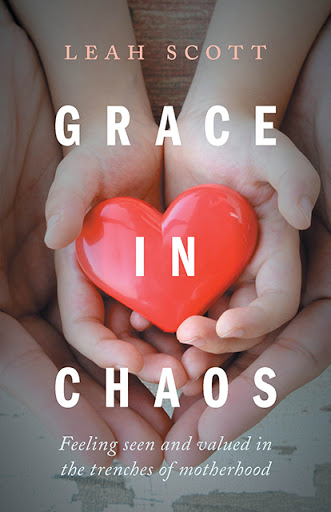 The difference between a woman’s expectations of motherhood and its reality can be vast. Grace in Chaos explores the beautiful, chaotic, messy, magical gift that is motherhood.

From the transformations that pregnancy brings, through the miracle of childbirth and the “world-rocking” changes that follow, the author shares her joys and struggles as a mother. This book is a tribute to motherhood, while presenting a frank assessment of the challenges that women face with postpartum depression, endless exhaustion, marital conflict, pervasive “mom guilt,” and feelings of failure. The era of Instagram influencers adds another dimension to this pressure, where picture-perfect social media feeds contradict the sheer daily grind of motherhood.

Using humour and real-life experiences, Grace in Chaos highlights the difficult aspects of motherhood in order to prove that mothers are amazing and resilient everyday heroes, who can find added strength by opening up an honest and enduring conversation with each other about both the good and the hard. Despite the ever-present and complicated playbook of emotions that mothers will always wrestle with, they are never alone in their journey if they seek each other’s support.

Grace in Chaos hopes to bless mothers everywhere, and bring the message that they are seen, understood, valued, and wildly loved.

Leah Scott’s passion for coming alongside other moms in their motherhood journey started after the birth of her first child and she realized how much harder it was than she ever expected. Having dreamt of motherhood from a young age and working as an emergency nurse she thought becoming a mother would be easy. Having three children in less than four years gave her plenty of opportunities to see the struggles and realize that very few are talking about them. This sparked a deep desire to come along side women and start talking about it all.

Describing motherhood as a “hard, beautiful, messy, joyful adventure,” Leah Scott says she wouldn’t trade it for anything. Her passion is to be a champion for other mothers, to bring the hard into the light, and to paint a picture of hope.

Leah Scott lives in Kamloops, B.C. with her husband, Andrew; and their three children, Jack, Luke, and Brielle; their dog Ellie, and a hamster named Cutie.