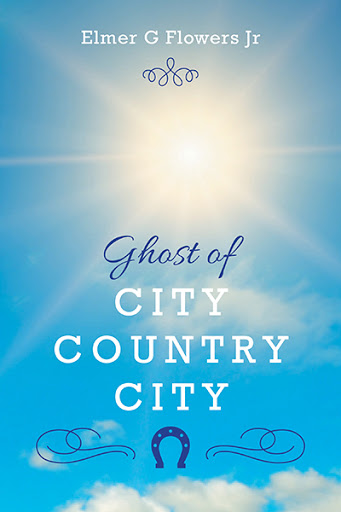 Elmer grew up in the big city of Memphis, Tennessee. But every summer, his life transformed from that of a big city kid to a sweet country boy. At his uncle’s farm his friends were the animals: Shane the pony, Deputy Dog (a bowlegged rooster who barked like a dog), Moe the cow, and of course, all the chickens.

Go on an adventure with Elmer into the mind of a child, as he humorously narrates his real-life adventures. From losing a fight because of a runny nose to the horrifying discovery of what happens to his beloved chickens, life is never boring! Stinky outhouses, mean teachers, and delightful animals pepper this story, but it all comes down to one haunting question…just who are the ghosts, and what do they mean?

Elmer G. Flowers Jr. has been telling stories ever since he was a child. When his parents took him to the movies, he would come home and narrate the film for all the neighbourhood kids. Eventually, he decided to stop telling other people’s stories and start writing his own. From songs and poetry to plays, his calling is that of a creative writer.

Like the song Amazing Grace, Elmer once was lost but now has found his way through telling his own story. His first song can be found on YouTube under the name elmerflowers, and he continues his creative journey through singing, writing, and making positive change in his life and the world.