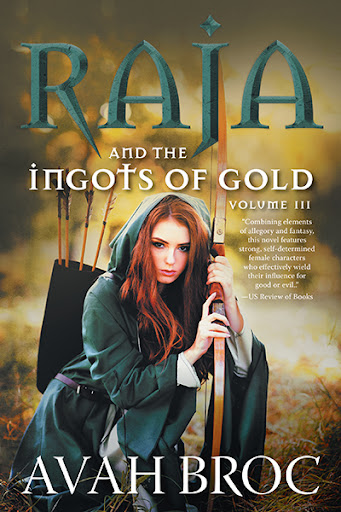 Raja and the Ingots of Gold
by Avah Broc

A dark shadow has fallen over the land of Zurkia. Prince Narken, also known as the Dark Prince, has gained his throne in the north, demanding the retrieval of what he believes to be his greatest source of power: a mysterious glowing stone known only as “the orb.” None dare contest his claim to power, nor his obsessive quest to find the stolen object, lest they too be discarded in the castle dungeon.

Meanwhile, his niece, Princess Raja and her friends Pavel and Jafar visit Great Aunt Vermisha in Valetta Castle, where they uncover secrets of the past about Raja’s uncle’s cruel and illegal practices. Inevitably, via the words of a wise man and a bribery of gold ingots, both Raja and Narken learn of the orb’s surely unreachable resting place.

Thus begins a race against time in the Land of Rousse, as Narken seeks to regain the orb at all costs and Raja aims to intervene, hoping to ultimately keep it away from the Dark Prince. With so much jealousy, evil, and manipulation at work, is it possible to find a resolution based in mercy? Sailing towards an unknown horizon, Raja has no choice but to remain brave in order to unmask the truth. 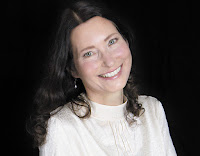 Avah Broc is the author of the Land of Rousse series. Her roles as both a teacher and a mother inspired her passion for writing. Raja and the Ingots of Gold is the third book in her series, with Raja and the Throne of Zurkia and Raja and the Trunk of Antom preceding it. She and her husband love to hike the great outdoors, accompanied by their two lovely collies.